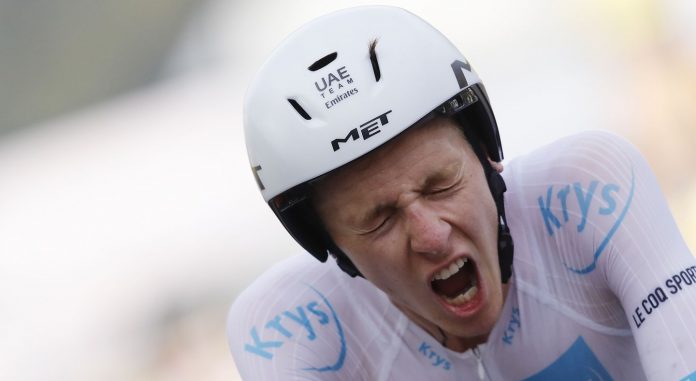 He’s the first Slovenian to wear the yellow jersey in Paris, having surprisingly overhauled his compatriot Primoz Roglic in the conclusive time trial up to La Planche des Belles Filles.

His team, the UAE Team Emirates rider also picked up the polka dot and white jersey on the way.

With the race leader not challenged on the final stage, Pogacar finished comfortably in the peloton.

Roglic, 30, finished 59 seconds back in second after having held the yellow jersey for 13 days, while Australia’s Richie Porte, 35, claimed his first Grand Tour podium finish in third, three minutes 30 seconds down.