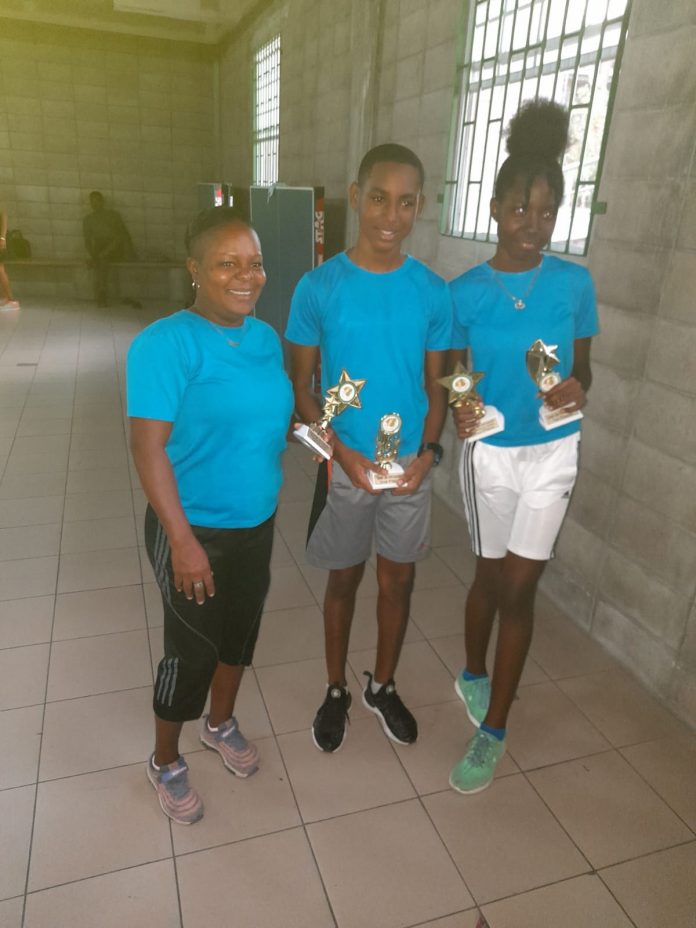 In their best of five championship match, Doughlin defeated Junior St John three games to one 9-11, 11-4, 11-7, 11-8. It was his third straight men’s singles title in as many local tournaments in which he participated. St John made an impressive start win the first game, but an aggressive Doughlin won the next three encounters with a series of attacking forehand and backhand smashes pushing his opponent into defence.

In the boys’ U19 competition, Cedric Marquez continues to dominate his rivals in that category. He scored three sets to one victory against Vjay Valcin to win his third successive singles title. In addition, Marquez finished third in the Men’s Singles.

Dewayne Newland beat arch-rival Qwanelle Walker in straight sets to capture the Boys’ U15 Championship and Anquie Bonaparte was equally impressive in winning the Girls’ U15. She defeated Katisha Francis.

The Boys’ U13 was an action park contest in which Xylon Lyhnn played brilliantly to defeat Shandel Straker in four sets. Placing third was Jonnique Mark,

At the end of the tournament President of the GTTA Dr. Alister Antoine, Coach Anthony Benjamin and Sheldon Charles presented trophies and medals to the top three finishers in each category of the competition

The juniors will return to action during the first weekend in March competing in the LQ Sports Juniors Open.