A Bill to protect lives 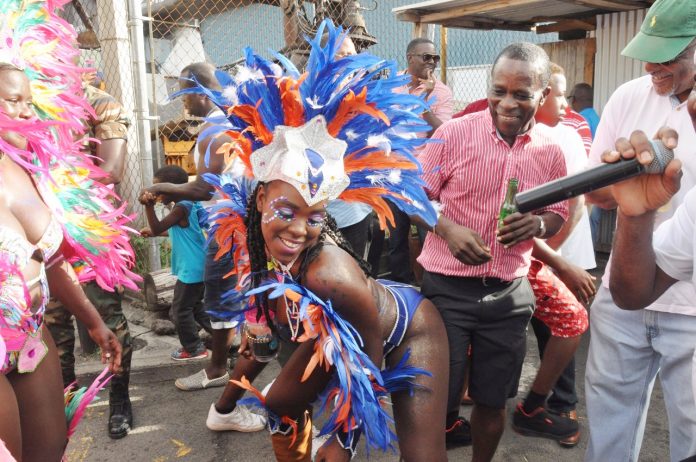 Carnival August Celebrations Bill 2020 by both Houses of Parliament.

Prime Minister, Dr the Rt Hon Keith Mitchell, who tabled the Bill at a meeting of the House of Representatives last Wednesday (July 29), said Government must act in the best interest of public health to protect public health and safety in the midst of the COVID-19 pandemic.

He told the Lower House that he is convinced that having the holidays will encourage people to have “mas…to encourage people to ‘Jab Jab’ in the hundreds.” The Prime Minister noted that as Grenada’s borders have opened with more persons coming in from other countries, this risks mass infection.

Dr Mitchell said the financially prudent decision would be to stage the festival, especially in light of the significant drop in revenue as a result of three months of no productivity due to the lockdown.

However, as a responsible government, they must protect the gains they have made so far. “What would the revenue mean to government, when the people the government is supposed to protect get infected, and some even go through serious illness that can affect them for life or even cause their death?”

He noted that while he doesn’t actively “play” Carnival, he “enjoys it,” but this decision is necessary.

In support behind the bill, Tourism Minister, Hon Clarice Modeste Curwen noted that while she too loves Carnival and to play Shortnee, the country cannot disregard the gains made through collective sacrifice of the past few months.

“As much as we like Carnival, and as much as it does for the economy, I beg everyone, let us comply, and let us leave out the Jab for a while. Next year will be bigger and better for us, but we have to make the sacrifice now,” she said.

Minister of Culture, Senator Norland Cox, in tabling the bill last Friday (July 31) in the Upper House, said the lives of people is far more important, noting that no one will be happy if a life is lost in this process.

Noting that the virus is new and brings new challenges, Senator Cox stated that Carnival encourages mass gatherings, which is an ideal environment for quick spread of the virus.

Newly appointed Senator Tessa St Cry supported the bill saying it is now government’s responsibility to ensure that there is increased vigilance in addressing the mental health aspect of citizens, who are now disappointed by the decision.