A pearl of history 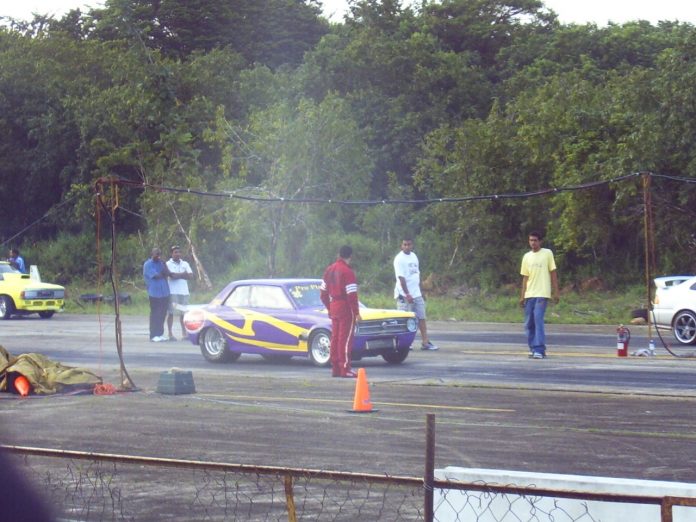 History abounds at Pearls. Imagine the tales to be told if the air strip on Grenada’s eastern coastline just north of Grenville could talk.

The Kalinago explored and settled in the area hundreds of years ago. Archaeological research has revealed that these seafaring travellers from South America fished the waters, discovered the plants inland and established villages. Celebrated Caribbean author, historian and conservationist, Dr Lennox Honeychurch of Dominica, during a 2003 visit to Grenada, characterised Pearls as “the most important archeological site in the Caribbean.”

Over the decades, artifacts – often called ‘Carib stones’ by some local residents – have been unearthed at the site. A 2017 Archaeological Inventory Report by the Ministry of Tourism states that the area became widely known as an Amerindian site in 1941 when preparations for construction of the airport commenced.

Of the 200,000 artifacts at the Grenada National Museum, curator Dr Jonathan Hanna estimates half are from Pearls. Museums in Trinidad and Tobago, Saint Lucia and Martinique have artifacts from Pearls, as do many international museums, including the Smithsonian and the British Museum.

“Pearls encapsulates the entire history of Grenada. Its potential for heritage tourism and public education should not be underestimated,” the report recommends.

“I usually say Pearls was occupied by at least AD 400, maybe a little earlier; although there are indications of more migratory (pre-ceramic) groups present much earlier on as well,” Dr Hanna  told The Grenadian Voice.

Today, the runway at the air strip comes to life most Sunday evenings, weather permitting, as car enthusiasts put their racing vehicles in gear. President of the Grenada Motor Club (GMC), Angus Da Breo, said the “test and tune” sessions by club members provide Grenadians with “a place to go with their families on a Sunday.”

The club has installed lights at the air strip and the sounds of turbo engines echo across parts of the Parish of Saint Andrew. These sounds are intensified during “official events” organised by the GMC at what has been referred to as the Pearls International Speedway. The fairly level and straight 5,200-foot runway provides ample distance for the cars to cover the quarter-mile drag race and take another half-mile to shut down.

The coronavirus pandemic has caused the cancellation of all 2020 GMC official events. The drag races have been known to attract as many as 7,000 spectators, Da Breo said during an interview with The Grenadian Voice on Monday (October 19). The club, which has more than 100 members, is planning to resume official events in 2021 “once we have permission from the Ministry of Health.”

Sundays aside, Pearls is a busy place throughout the week. The Eastern Main Road office of the Ministry of Infrastructure Development and Works is located there. It is one of two Royal Grenada Police Force (RGPF) training facilities and a rotating home for members of the Special Services Unit (SSU). Every three to six months, a group of SSU officers occupies the site, which is officially named Camp Raymond.

“This is basically a training unit that is occupied by the SSU, but regular Officers pass through for specific training,” Assistant Commissioner of Police (ACP) Jessmon Prince told The Grenadian Voice on Tuesday (October 20).

The open space and straight air strip are suitable for live ammunition training, which usually takes place between 8 am and 2 pm with ample notice to the public and particularly local residents who tie animals to graze along the edges.

ACP Prince said the RGPF is also responsible for ensuring the safety of the runway and that no planes land or take off there.

Until 1984, Pearls had served as Grenada’s airport for more than 40 years.  Elderly residents of the parish can recall past attractions.

“It was a place to lime and old talk, see who was coming in on the planes,” recalled one local resident, adding that there was a restaurant and bar “and a small gift shop that sold nice jewelry.” Sometimes there was one flight, on other days there were two flights; anyone entering the compound had to meet the strict approval of the local gatekeeper, he added.

Another remembered “the pilot.”

“He was a retired German pilot and he had his own small plane, a one or two-seater; he would go up and check the clouds. If the clouds were too low the planes couldn’t land.”

Alongside Camp Raymond and the air strip is a fenced park with gazeebos, benches, tables and toilette facilities. What began two years ago as an Independence project by Member of Parliament (MP) Hon Kate Lewis, has evolved into an ideal location for picnics, photography shoots and other community activities, including an Easter kite flying competition.

“She (MP Lewis) wanted to make the area more comfortable for families,” according to Andrea Lewis, administrative assistant at the Saint Andrew North East constituency office, adding that the park is a popular spot any day of the week.

Visitors to the yet-to-be-named park have a close-up view of two aircraft relics. The bigger one originated from the Republic of Cuba, which landed in Grenada after the demise of Maurice Bishop and others at Fort George and was attacked by the American troops on October 25, 1983, killing the captain Carlos Andres Diaz Larranaga. The small plane, aging and rusting, was used to spray banana fields when Grenada was plagued with Leaf Spot, a fungal disease.

Landing conditions at Pearls were a challenge. Trevor Neckles, the Grenadian who piloted the first commercial flight to land at Point Salines, was quoted in the New York Times on October 29, 1984 saying the landing was “very different” from Pearls where “you have to fly into a mountain and then down into a valley to get into the airport.”

While Pearls has not operated as an airport since 1984, it remains under the auspices of the Grenada Airports Authority (GAA). The future of the site usually emerges during election campaigns. There have been promises of re-opening the airport in the past. One of the more recent election promises is to establish an aviation school there.

Meanwhile, the runway remains an ideal spot for a driving lessons, as it has for many a decade.