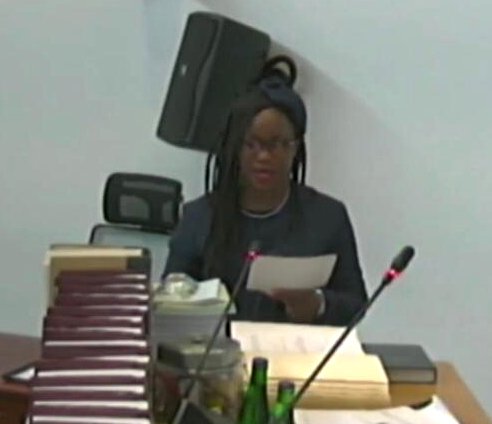 “Inclusion is one of the most fundamental values needed to move our country forward.”

Calling for a departure from what she called the current trend of “partisan politics,” newly appointed Opposition Senator Tessa St Cyr making her first appearance in the Senate, said no one group of individuals has all the ideas to successfully address the current challenges Grenada faces.

The scarcity of resources and the urgency of responses to COVID-19 demand “genuine cross-generational and multi-sectoral consultation,” she told fellow Parliamentarians during the Sitting of the Upper House on July 31. Such a departure will require an evidence based approach to decision making, ease of access to data and fluidity of connections between data reservoirs of public records. Moreover, inclusion means persons of different socio-economic backgrounds should have the opportunity to co-exist in the same communities.

The former teacher said Grenada has, for years, been guilty of disregarding the abilities of young people to actively contribute to the issues that shape and impact their lives. The country has held the youth at bay rather than meaningfully engaging and mentoring them to take positions of leaderships in the country, according to the former Youth Ambassador.

Senator St Cyr, who has a Masters in Human Resource Development and Performance Management, outlined several “micro and macro issues” that need to be addressed in the delivery of education.

“Issues of discipline; discipline of students; teachers moved from one school to another apparently as a means of discipline; administrative issues, specific schools getting continuously – students with behavioral or academic issues; students spending five years at a secondary school and leaving with no subjects; and vocational programs still being regarded as second class to academic ones,” were among her observations.

She referred to the inability to innovate in an archaic system, an overloaded curriculum and the lack of resilient structures, while calling for the decentralisation of tertiary education.

In her maiden address to the Senate, she expressed the hope that the new normal brought on by COVID-19 will return the country to “values education” and some of “our old but critical values” including closely knit families and communities, respect and love for each other, concern and care for the elderly and others in vulnerable positions.

Senator St Cyr received her instruments of appointment from Governor General Dame Cecile La Grenade on May 27. She is one of two senators appointed by Opposition Leader Tobias Clement. The third opposition senator is yet to be named.