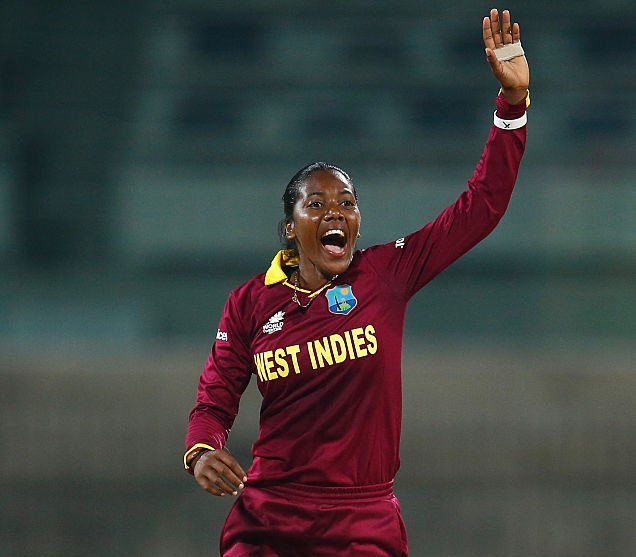 Fletcher bowled three overs in the match costing her 27 runs but she did not get the opportunity to bat as West Indies reached 134 for five wickets in reply to England’s 154 for six off their 20 overs.  From her 50 T/20 matches, Fletcher has taken 43 wickets costing her 897 runs.

Fletcher has also played 54 One Day Internationals (ODIs) for the West Indies and taking 61 wickets, costing 1453.

The leg-spinner who comes from the parish of Saint Andrew is considered a rarity in women’s cricket in the Caribbean. According to Cricket West Indies profile – Afy – is a prized possession by her team as she is one of a handful of leggies in the Caribbean. She bagged her first 5-wicket T20 haul against Sri Lanka in a Home Series last year and was one of the bowlers who spun the team to the final of the World T20 in 2016.

Another West Indies player to reach a milestone during the just ended series against England was West Indies captain, Stafanine Taylor of Jamaica. She cemented her name in history of West Indies Women’s cricket as being the first to achieve 3,000 T20I runs.

The 29-year-old reached the milestone during the second T20 against England at Derby County Ground. It was her 103rd innings.