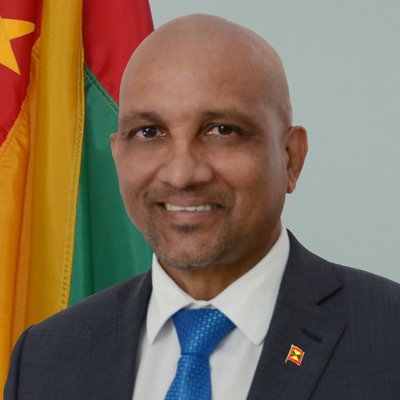 “This is how democracy works.”

So said Attorney General Darshan Ramdhani during a post Cabinet press briefing on Tuesday, when he announced that public consultations on the ‘controversial’ COVID-19 Control Bill 2020 will take place.

Last weekend the Grenada Bar Association, the National Democratic Congress and the wider public responded with indignation at the proposed bill, causing Cabinet to convene an emergency meeting on Sunday and taking the decision to withdraw the bill from Wednesday’s sitting of Parliament.

If passed into law, critics of the bill claim it would infringe on the constitutional rights of citizens and give too much power to members of the Royal Grenada Police Force. The bill seeks to regulate the containment of the spread of COVID-19 “in the interest of public safety, public order and public health.”

Section 24 (3) states that “any Police Officer may arrest without a warrant any person whom he or she has reasonable cause to believe has committed an offence against this Act.”  While citizens worry that this clause infringes on constitutional rights, the Attorney General said the draft bill is “substantially identical” to the regulations in place and even relaxes some of the regulations.

“Currently, if a Police Officer has reasonable suspicion that someone’s life is in danger or a crime is taking place in someone’s home, Police Officers do not need a warrant to respond,” he noted.

Grenada’s Constitution states “every person in Grenada is entitled to the fundamental rights and freedoms, that is to say, the right, whatever his race, place of origin, political opinions, colour, creed or sex, but subject to respect for the rights and freedoms of others and for the public interest, to each and all of the following, namely

Ramdhani did not have details of the format for public consultations, but expects input will result in changes to “tighten the language” of the bill that “people will be comfortable with.” He indicated that, in essence, consultations are already underway as people are expressing their views online, in the media and via other means.

The Attorney General has been on local radio and television outlets since last weekend to explain the details of the bill and respond to questions from the public.