Another young Grenadian honoured by the Queen 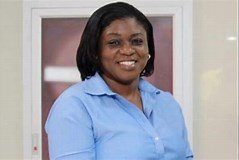 Growing up in Birch Grove, it was not uncommon for Akarda Ventour to give away her possessions to someone in need.

“That was her favourite game,” recalled a neighbour who grew up with her, but preferred to remain anonymous.

Such eagerness to help others has always been part of Akarda, and has manifested in her career and volunteerism.

On April 10 Her Majesty Queen Elizabeth II recognised Akarda Ventour as the 135th Commonwealth Point of Light “in honour of her exceptional voluntary service mentoring young people.” Since then the congratulations have been forthcoming from Grenadians at home and in the diaspora, recognising her hard work, leadership, dedication and trail-blazing abilities.

As the director of the Grenada Learning and Leadership Academy, Akarda’s counselling and leadership skills help marginalised young people. The Academy is a non-profit organisation that promotes educational, social, cultural and economic development through programs, projects and activities that improve the quality of life of youth and young adults. Such initiatives can serve as a means to alleviating poverty.

Akarda is also the director of La Baye Theatre Company, where she mentors young actors and assists with the production and funding of plays.

When the UK Prime Minister’s Office in the United Kingdom announced her selection on April 10, she was interview by an official from No 10 Downing Street.

“I am pleased, honored and humbled to accept this award and to join past recipients who are also making a difference in communities around the world,” she said.