HomeWorldAnti-Terrorism in Xinjiang is Beyond Reproach
World

Anti-Terrorism in Xinjiang is Beyond Reproach 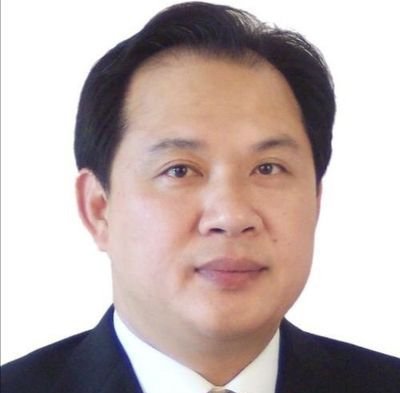 By H.E. Dr Zhao Yongchen, Ambassador Extraordinary and Plenipotentiary of the People’s Republic of China to Grenada

Recently, there has been a lot of hype about Xinjiang Vocational Education and Training Centers. Without a thorough understanding, some foreign media and politicians looked at Xinjiang issue through colored spectacles. They spread rumors, attacked the practice of cracking down on terrorism and curbing extremism, and slandered the Chinese government by claiming that there is so-called “concentration camps” in Xinjiang and the Chinese government is massively violating human rights of the Uyghur. The Houses of Representatives of a country even passed the so-called “Uyghur Human Rights Policy Act”, ignoring the facts and arbitrarily interfering in China’s domestic affairs in an attempt to achieve ulterior motives. In fact, Xinjiang-related issues are neither about religion, ethnicity, nor human rights, but about fighting violence and terrorism. Hereby, I would like to briefly explain the truth of anti-terrorism and de-extremism in Xinjiang. I hope it will help everyone to objectively and fairly understand Xinjiang issue.

First, anti-terrorism and de-extremism in Xinjiang are reasonable.

Xinjiang is located adjacent to Afghanistan. Since the 1990s, it has been poisoned by the Afghan Taliban, and religious extremists have grown. Some religious extremist groups in Xinjiang have also followed the Taliban and Al-Qaida, propagating Islamic extremism among believers and exercising spiritual control over believers. They incited believers to resist learning the standard spoken and written Chinese Language, reject modern scientific knowledge, oppose national Constitution and laws and refuse to learn vocational skills. These have severely disrupted Xinjiang’s security, stability and development. What is even more abhorrent is that some extremist groups in Xinjiang even incited terrorists to stigmatize the unbeliever Han ethnic people as pagans.

Employment is a basic element for people’s happy lives. This is linked to the fundamental interests of the overwhelming majority of people. In order to effectively contain and systematically remedy the dissemination of religious extremism and frequent terrorist incidents, and to improve their working skills, Xinjiang has set up a number of vocational education and training centers to provide systematic education and training to students. These measures improved their cultural knowledge and working skills, had them employed or increased their income. It helps eliminate terrorism and extremism in terms of the source. This policy aimed at fighting violent terrorism and curb religious extremism. It will not only improve people’s livelihood and promote employment, but also achieve social stability and long-term stability in Xinjiang.

Second, anti-terrorism and de-extremism actions in Xinjiang are of legitimacy.

Xinjiang’s anti-terrorism and de-extremism implement the United Nations anti-terrorism strategy. The United Nations Plan of Action to Prevent Violent Extremism (70/674) proposes to align national development policies with the Sustainable Development Goals, end all forms of poverty, ensure quality education, and promote lifelong learning opportunities for all; to encourage individuals to be away from violent extremist groups by developing programs that place an emphasis on providing them with educational and economic opportunities; and to support young people in gaining access to continued learning and vocational resources, and in incubating their entrepreneurial talent. The efforts of setting up vocational education and training centers in Xinjiang manifest China’s implementation of international counter-terrorism and deradicalization initiatives and measures, which is consistent with the principles of international law.

Xinjiang has effectively contained the spread of terrorism by taking measures to control the source. No terrorist incidents or cases have occurred in Xinjiang for nearly three years since the vocational education and training centers started. The relevant measures have safeguarded Xinjiang’s security and development rights, promoted justice, effectively curbed Islamic extremism and radicalism, and increased the awareness of Uighurs, especially Muslims, on the danger of religious extremism, provided channels of giving up evil and returning to good to those who have been deceived, bullied, and brainwashed, which was welcomed by the trainees and their families.

The number of people participating in education and training at the centers is not fixed; some are coming in while others are going out. As education and training has played its role, most trainees have reached certain standards and graduated. Through vocational skills training and study, the comprehensive quality of trainees has improved, while their understanding of the rule of law has risen. The ability to speak and write in standard Chinese has improved. Most of them have mastered practical skills and their employability has increased. Most of the trainees are able to recognize that religious extremism is not their expected religion, but some heresy, and the spread of religious extremism and superstition has been effectively eliminated. The social atmosphere has taken a marked turn for the better, and people are now pursuing modern knowledge of science and technology and a cultured way of life. The overall situation in society continues to be stable. Public order and security have returned to society, where equality, solidarity and harmony among ethnic groups and religions prevailed, and people are enjoying peace and stability. The international community has made positive comments on Xinjiang’s policy and efforts. According to statistics, in 2018, tourism in Xinjiang grew rapidly. Tourists from inside and outside China totalled over 150 million, a year-on-year increase of 40 percent; foreign tourists numbered 2.6 million, a year-on-year increase of nearly 12 percent. From January to June 2019, nearly 76 million tourists visited Xinjiang, an increase of 46 percent over the same period in 2018.

Fourth, anti-terrorism and de-extremism in Xinjiang are in line with international justice and human rights protection.

During the education and training process, the Chinese government strictly protected human rights and culture in Xinjiang. For a long time, the Islamic extremists in Xinjiang forced the non-believers to believe in Islam, enforced the integration of administration and religion, banned Uyghurs from holding traditional Uyghur weddings, listening to modern music, dancing and other cultural activities, discriminated against women, and forced women to veil and wear black robes in contrary to thousand-year of Uyghur tradition, severely restricted women’s personal freedom and rights, and forced changes to Uyghur cultural customs. All these actions are the greatest violation of the human rights and culture of Xinjiang people. Anti-terrorism and de-extremism actions in Xinjiang have rescued Uyghurs and other ethnic peoples from the stuffing of religious extremism, safeguarded Uyghurs’ freedom, dignity and rights, defended Uyghur culture and excellent traditions, reversed all kinds of distorted social ethos, and enabled good governance. This is the great achievement of the Chinese government in anti-terrorism and deserves affirmation and praises from all countries. All kind and rational women in western world, don’t you think the protection of basic human rights of Uyghur women by the Chinese government is commendable?

Some western media fabricated fake news and created rumors to confuse the public. Some countries, with double standards, reversed black and white, wantonly interfered in China’s internal affairs, and opposed China’s efforts of anti-terrorism and de-extremism. This reflects their supporting terrorism and extremism in a disguised form, grossly infringing upon Uyghur human rights, freedom and the right to live, undermining social stability in Xinjiang and the right to economic and social development of Uyghurs, which has to be condemned by the international community.