HomeSportsAthletes call for abusive coaches to get lifetime bans
Sports

Athletes call for abusive coaches to get lifetime bans 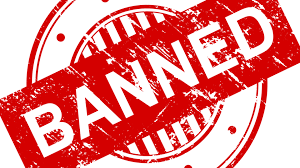 More than 200 athletes have signed an open letter to the UK Athletics chief executive Joanna Coates calling for permanent bans for coaches found guilty of abuse.

According to BBC Sports, three British athletes started the campaign raising concerns about temporary bans being handed to coaches who breach their licenses in the context of physical or sexual misconduct, harassment, or abuse.

“We feel that anything less than a full and permanent ban is unacceptable,” they wrote to Coates.

The British athletes said they wanted the governing body to have a “zero-tolerance policy regarding abuse towards athletes”.

UKA responded by saying it understood the concerns raised but lifetime bans “can be susceptible to strong and robust legal challenge”.

“We are writing to you on behalf of the athletics community across the UK who deserve to be safe and protected whilst enjoying the sport that they love,” the letter said.

“Recent events have highlighted that some coaches who have broken the conditions of their coaching license – specifically in the context of physical or sexual misconduct, harassment or abuse – will be eligible for reinstatement after temporary bans.

In a statement to BBC Sport, UKA said: “Physical or sexual abuse is obviously very serious, contrary to our regulations and codes, and we would investigate anything raised with us fully and ultimately take it to a hearing. These are also likely to involve criminal law offenses and we raise with and work with police and other relevant agencies.