HomeEditorialBarbados has Crop-Over, Let’s big up our Spice Mas
Editorial

Barbados has Crop-Over, Let’s big up our Spice Mas 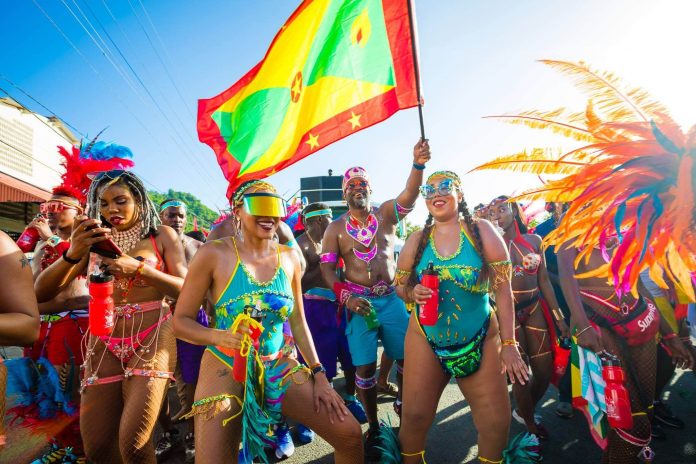 This year with the COVID-19 pandemic there were some serious discussions on large show of Jab Jab that were on the street since Emancipation despite the fact that Carnival was cancelled. It is our hope that Emancipation will continue to be discussed, as well as Carnival which most people are of the opinion has lost its way. It’s been quite some years since people have been complaining about the lewd behavior in Carnival which seems to have fallen on deaf ears. Now that Grenadians are being told that Emancipation brought Carnival to Grenada, we are seeing the confusion that statement has evoked.

Maybe the Speaker of the House was not aware of what was happening when the Jab Jab started on the second of August. It most likely made some people chuckle when he told Parliament that they reminded him of a theme that we had some years ago ‘One hundred thousand Jab Jab’. The Speaker said that Grenada was classified as having 100,000 Jab Jab, noting that the population was 115,000. To quote him here “so I had to fall within that 15,000 because I couldn’t be associated with the 100,000 Jab Jab.” Well Mr Speaker that theme is still in place today.

He cautioned that sometimes statements are made and we don’t understand the implication. He said Grenada has been “branded” as a 100,000 Jab Jab and we are seeing the impact of 100,000 Jab Jab as he urged Parliamentarians to look at this “very carefully.” The Jab Jab that came out for the Emancipation celebration most likely thought that they were paying homage to our African ancestors. Wasn’t it told to Grenadians some time ago that the freed slaves dashed out with old clothes and old poe, etc? We are still researching to find out where that was documented. Page 41 in the Grenada Handbook of 1946 in making reference to Emancipation Day states “The conduct of the liberated people in Grenada was most exemplary. They spent the early part of the day in their several churches and then united in festive gatherings; but there was no drunkenness or disorderly conduct.”

In our research we found some writings by a Grenadian that contain incorrect information about Carnival and Lent which are stated as facts. It would do him well to revisit his work and make the corrections before these ambitious young people that are emerging, pick them up one day when they have taken their minds off playing Jab Jab.

Complaints were made in different circles through the years as people pointed out that the Carnival was definitely going the wrong way. Instead of analising the complaints, accommodation was made for the lewdness to be a part of the Mas and even judged.

The festival is now sold as a tourism package where costumes can be ordered online and tourists can engage spontaneously in the bands on their arrival. Gone are the days when Mas bands had a strong theme that portrayed, as opposed to just playing a Mas. In fact, the masqueraders were required to practice their moves long before the actual Pageant as the bands were nicely choreographed with cohesive moves. Can anyone tell us what has become of the traditional/Historical section which focused on the past and indigenous cultures? That section seems to have dwindled down to Short Knees and Vieux Corps. So the Indians who were among the first indigenous peoples to colonise our shores, are hardly represented. The conquering of lands brought many sailors to our shores, that’s another Mas we no longer see.

It is good that people with the power to make a difference are now taking note of the lewdness that has taken over our Carnival with young children joining in. It may be a case of shutting the stable after the horse has bolted; but it’s never too late to try. The Prime Minister pointed out that we need to pay attention to the examples we set for generations to come. He also said that the many disgusting pictures that are being posted on social media can give people outside of Grenada the impression that Grenada is a mad house. So Mr Prime Minister, can we forget about this Carnival thing like Barbados and ‘Crop Over’ and have our own ‘Spice Mas’ leaving out the Devil Mas (Djab Djab) and introduce new concepts for free Africans?

This year has shown that the young people are not waiting for people to set examples for them. They seem to be charting their own courses and in a lot of cases are setting the trends.

Why are we continuing to push the idea that freed slaves masqueraded as Jab Jab?

With the name ‘Spice Mas’ some people thought that there would have been new concepts not misinformation. The mantra ‘black lives matter’ is now quite popular; but how many of us are really taking the time to focus on what we can do to really make black lives matter to people of other colour.

In one of his talk shows in the past, Eddie Frederick once said “as black people striving for equal recognition, we must be careful to avoid promoting ugliness in our mannerisms.”