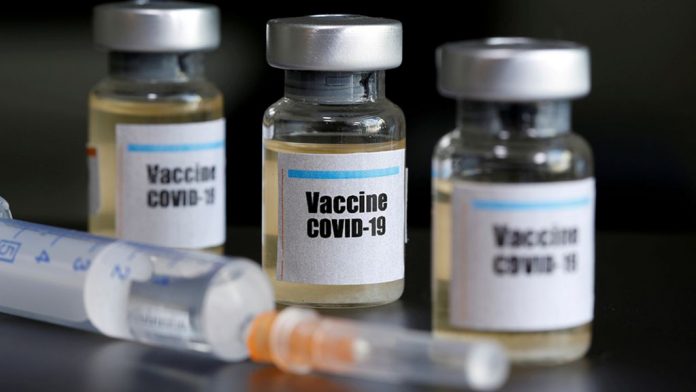 Keeping tabs on the time between doses of the AstraZeneca COVID-19 vaccinations, Minister of Health Hon Nicolas Steele revealed the recently arrived 21,600 doses will expire on or around August 31.

He advised those considering taking their first dose, to do so by mid-June to ensure the 10 weeks between doses. For those who delay beyond the middle of June “means that that you are blocking yourself into taking the second dose nine, eight, seven, six weeks, which is still viable,” Steele said during Tuesday’s post Cabinet press briefing.

The range of weeks between doses is four to “upwards of 12 weeks,” Chief Medical Officer Dr Shawn Charles noted. The CMO said it has been shown that the immune boost or level of protection is “better when the second dose is delayed and taken close to 12 weeks, as opposed to closer to the fourth week.”

He said the Ministry of Health has used different intervals, always obeying this time frame. When the vaccination roll-out began, the intervals started at eight to 10 weeks because “we had the luxury of time.” But, as the expiry date got closer, “you no longer have the luxury of time,” he said, acknowledging that some people got their second shot around six weeks.

The publication Medical News Today reported in February on research conducted by the Oxford Vaccine Group that determined a second dose after 12 weeks might be more helpful than a second dose after six weeks.
“Programs aimed at vaccinating a large proportion of the population with a single dose, with a second dose given after a 3-month period, might be an effective strategy for reducing disease and might have advantages over a program with a short prime-boost interval for roll-out of a pandemic vaccine when supplies are scarce in the short term,” the researchers write. The 12-week interval was 81% effective, compared with 55% for the six-week interval, according to the report.

As Minister Steele continued to urge those who hesitate to get the vaccine, he referred to the situation in Trinidad, where over 10 people die every day from COVID-19.

Earlier in the year, Grenada has secured 17,000 doses from the Government of India, along with other Caribbean countries. Minister Steele said 10,000 doses of that shipment have been forwarded to Trinidad and Tobago.

When asked what he advises those who refuse to take the vaccine because they do not want to put a foreign substance in their bodies, Dr Charles referred to this as an excuse and pointed to all the medicines, foods and drinks that we put into our bodies every day.

With just eight per cent of the population fully vaccinated, Minister Steele said it will be some time before we can consider resuming events such as Carnival; nor is it appropriate for the Ministry of Health to say fully vaccinated persons do not have to wear masks in public.