HomeNewsBreaking away from the “herd mentality”
News

Breaking away from the “herd mentality” 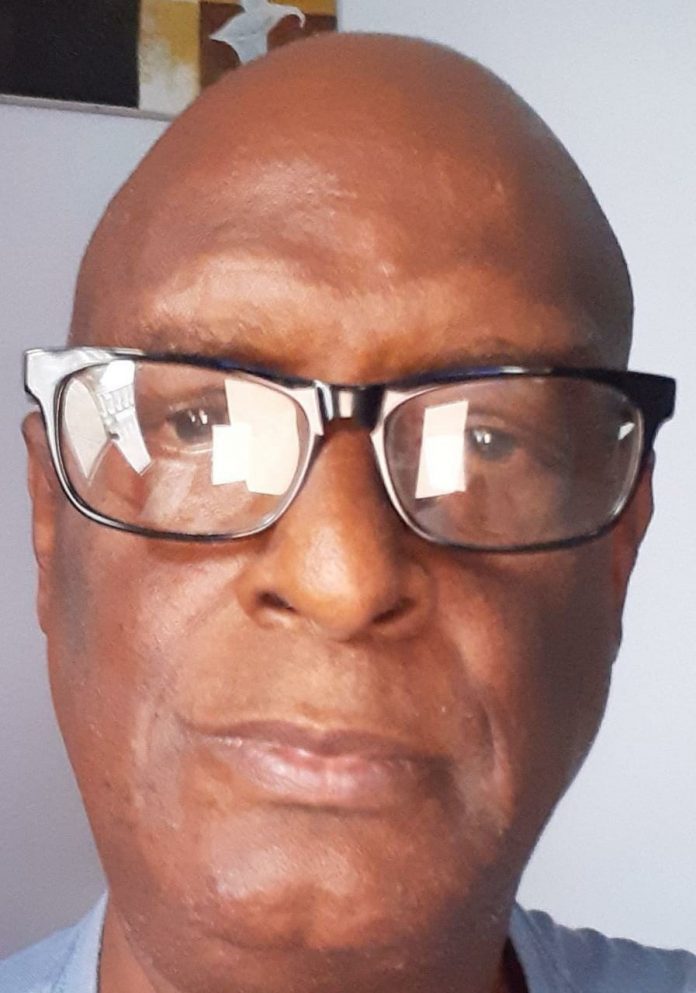 Ian St Bernard was 23 years-old when he was made the Commissioner of Police during the Revolution. According to information posted online years ago, he was freed from being charged as a result of “the  liar witness” forgetting to mention his name in the preliminary hearing in listing the people responsible for the traumatic events at Fort George, October 19, 1983.

St Bernard, who told The Grenadian Voice that he is at death’s door and he doesn’t want to die before telling the truth about the events said he has discovered the truth in a book written by  Belizean judge who had the opportunity to interview key players in the event. This was also made public in his blog and on a radio programme.

Through the years many stories were told justifying the events in some cases which prompted The Grenadian Voice to pose two questions to St Bernard.

Did you feel you had to protect Bernard Coard in the past?

Or were you afraid to speak then?

Over the years the NJM had developed, what I would describe as a herd mentality. This was deeply embedded in us and it meant all of us protecting each other. In order to do this I psychologically buried some of the events in the deepest recesses of my mind. It was my way of dealing with the trauma of October 19.

In November 1983, while the country was under foreign occupation I had my first real brush death.

I was diagnosed with appendicitis. By the time I was operated on my appendix was ruptured two days before. I should have died but I survived.

As the years went by I fell in to chronic depression. One of my managers at Sagicor insurance company found that my production was inconsistent with my ability. Something is troubling you, he said.

We talked of my life experiences after which he volunteered to finance the total cost of me traveling to Barbados to see a counselor who was a good friend of his.

I traveled to Barbados and met the councilor. We had a couple sessions at the end of which I was diagnosed with chronic depression.

I was put on a treatment plan. I failed to follow the plan consistently. I tried treating my problems with the wrong medication (alcohol). I became suicidal.

One of my doctors told me that that was the closest he saw me to death since he was treating me.

Another told his staff that from now on we must call him Lazarus for he had risen from the dead.

I tried to understand the reason for my survival as people in Grenada hardly exceeded six months after a diagnosis of cirrhosis.

People gave me all kinds of explanations but what was consistent was that I had a mission to accomplish before I leave this life. Those who knew my involvement in the revolution encouraged me to write my story.

My mind began to open. For years I tried to explain the destruction of the revolution which for me was the same as my life.

The events of October 19 are too big to speculate about. Believe it or not, even as a central committee member, I was not privy to all the discussions and the facts of what happened that day.

The facts came to light when I read the book entitled ‘The Assassination of Maurice Bishop’ written by Justice Godfrey Smith.

I also believe that history must be written truthfully, without ambiguity and distortions.

I believe that only the truth will bring about genuine closure and that we owe it to the families of those who were killed on that infamous day and to the Grenadian, Caribbean as well as the international community to let the truth be known cost it what it will.

To achieve the above I needed to be armed with the facts and to break out of the “herd mentality”.

I am never ‘afraid to speak the truth’ nor do I ‘feel that I had to protect Bernard Coard’.

I hope this clarify the reason for me writing 37 years later. “

As a public service we publish the entire script of what was posted by Ian St Bernard on his Blog.

“THE DEATH OF A REVOLUTION

Once again we mark one of the greatest tragedy in the history of our country – Grenada. Thirty-seven years ago today, ultra-leftist, madness which had engulfed some of the leadership of the NJM, resulted in the Assassination of Maurice Bishop and other leaders of the Revolution.

The lines originally given that they died in cross fire which was later changed to them being killed in a fit of anger by soldiers after seeing their comrades killed simply are not true.

Many books have been written since, in an attempt to explain the truth about what happened that tragic day. But in my humble view none explained it better than one published recently entitled “The Assassination of Maurice Bishop” by a Belizean writer and high court judge, Godfrey Smith.

Judge Smith did intensive research and interviewed many of the key players in the tragic events including Bernard Coard, Hudson Austin, Ewart Joseph Layne and Leon Cornwall, all former members of the Central Committee.

In addition to the above, he interviewed Ram Folks, Lester Redhead, Callistus Bernard, Cosmos Richardson, Vincent Joseph and Andy Mitchell. The last four were implicated in the actual shooting.

All of the above gave their own views of the occurrences of that day. While some held on to the old lines others frankly gave their views on what they knew happened and what they were ordered to do.

Judge Godfrey Smith’s conclusions are incredibly eye opening and in my opinion can stand the test of time.

Over the years many of us carried the official line of the then leadership sometimes psychologically banishing the truth in the deepest recesses of our minds as a measure to protect the leaders of the herd. This was a culture developed in the party over the years.

Many of us have suffered and died following the tragic events of October 1983. I personally, have borne the brunt of the pain. I went through chronic depression. Today I face death from liver disease as I fed myself the wrong medicine to ease my depression. To me, my life ended with the death of the Revolution. I contemplated suicide on many occasions.

It is my solemn view that no amount of costuming the events of October 19, 1983; no amount of hiding behind the cloak of religion and youthfulness will set us free.

Just as we accept accolades for the tremendous good things we achieved as youths we must accept responsibility for the mistakes we made.

To bring genuine closure to the tragedies of 1983, we must all become “tired of the lies” as stated by Captain Lester Redhead to Judge Godfrey Smith.

History must explain the truth and nothing but the truth! For it is only the truth that will set us free!

I urge all my friends to read the book and come to your own conclusions as I have done.

1983 was a failed coup resulting in the “Assassination of Maurice Bishop” and the death of a Revolution!

It was instigated by an ultra-leftist section of The New Jewel Movement leadership impatient and drunk on ideology!

As a former member of the Central Committee, I too share responsibility for the disaster. I have paid for my mistakes over the years and continue to do so up to today. I don’t want to die perpetuating the lies.

My deepest and sincere apologies to the Grenadian people, the peoples of the Caribbean and the whole world who admired the revolution and especially the families and loved ones of those whose lives were cut short in a hail of bullets on that unforgettable day.

I want to die with a clear conscience!

ONLY THE TRUTH SHALL SET US FREE!”