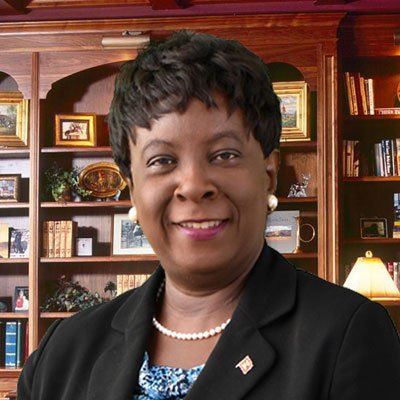 While it is “no secret” that the National Insurance Scheme (NIS) “has called for an increase in the retirement age,” Minister of Health and Social Security Hon Nickolas Steele said the breach of Cabinet oath and secrecy regarding documents is “one we should all take seriously regardless of the subject matter.”

The October 27 confidential Cabinet submission on incremental increases in the pensionable age from 60 to 65 has been circulating on social media. Minister Steele noted that the NIS, through actuarial reviews over the past decade, and the NIS Board have brought the matter to the attention of members.

The submission, which was copied to permanent secretaries in the Ministry of Finance, Ministry of Legal Affairs and the Department of Public Administration, proposes the increases be implemented between 2020 and 2031.

Minister Steele, speaking at Tuesday’s post Cabinet press briefing, said he leaves the matter of the breach with the “authorities, the chairman of cabinet (Prime Minister Dr the Hon Keith Mitchell) and cabinet secretary (Ruth Rouse) “to make any further comments on it should they so desire.”

In an interview with The Grenadian Voice on Wednesday, Cabinet Secretary Ruth Rouse said “we are investigating (the breach) and looking at tightening security,” noting that the transition from paper to a digitised system has increased security.

A year ago today, in delivering the 2020 Budget Speech to the House of Representatives, Prime Minister and Minister of Finance, Planning, Economic and Physical Development, Keith Mitchell announced plans to introduce the e-services delivery platform to provide “a single point of access to all government information, initiatives, projects, services and data” that will advance Grenada’s transition to a digital economy and create greater efficiency and productivity in the public service.

The $15 million (US) Digital Government for Resilience Project funded by the Word Bank seeks “to revolutionise the provision of Government services through digital transformation, continuing to enhance the efficiency, usage and resilience of select government services via a digital platform,” as stated in the 2020 Budget Speech.