HomeNewsCaring for persons with Dementia
News

Caring for persons with Dementia 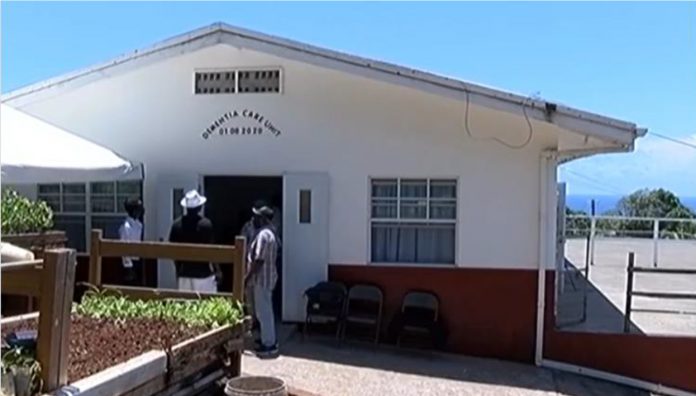 The Ministry of Social Development is continuing to provide training to care givers and interested families, on how to properly care for patients with dementia.

This was disclosed at the August 12 Parliament sitting by Minister of Social Development, Hon Delma Thomas, as she congratulated the St Martin De Porres Catholic Home for the Aged in Crochu, Saint Andrew, which recently opened an 11-bed Dementia Care Unit.

Research has shown that Dementia is not a single disease in itself, but a general term to describe symptoms of impairment in memory, communication, and thinking.

Regarding the Home’s initiative as “very important at this time,” Minister Thomas said, “We have seen an increase in the number of persons in our tri-island state with dementia and it’s no longer based on one’s age.”

Care Manager at the Home in Crochu, Gloria Phillips-Smith, said the unit came about as it was noticed that there was a great number of patients at the Home with dementia and “their needs were not being fully met.”

Bishop of the Roman Catholic Church in Grenada, Clyde Harvey, noted that in the past this illness was overlooked, and patients did not receive proper care, but “the days for that are finished.” He added that patients will now be treated with respect.

Further, the Bishop shared that the church is committed to ensure that in each parish persons know how to properly care for the elderly.

In January, the Aging Unit within the Ministry of Social Development, Housing and Community Empowerment hosted a two-day training for nurses, care givers, supervisors, matrons and others, on dementia care.

Supervisor for Geriatric Services at the Aging Unit, Lydia Thomas, acknowledged then that dementia is a growing issue, and it was recognized that care providers need training.

As Minister Thomas encouraged people to call the Ministry for assistance with training, she noted that dementia can affect anyone.

She urged families to get education on the issue and learn how to cope, if a family member is affected, noting that the lack of training and knowledge, makes coping more difficult.