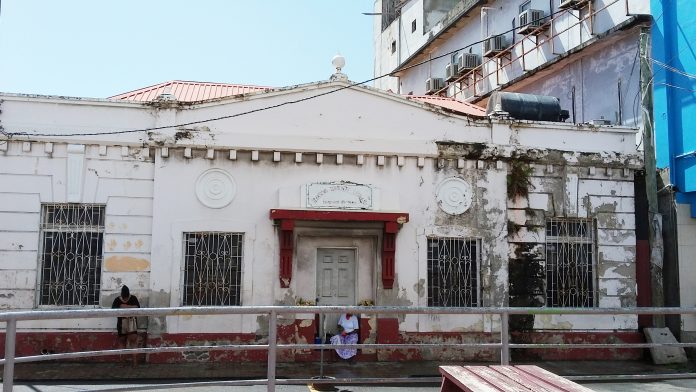 An advertisement inviting contractors to prequalify for the bidding process on a commercial complex in Grenville confirmed what many have anticipated for decades.

“They come around and survey plenty of times. They measure and test the soil,” one local business person told The Grenadian Voice. The most recent surveying visit by government and other officials took place in 2019, according to business owners in proximity to the proposed new complex.

The advertisement, placed by the Ministry of Infrastructure Development, Public Utilities, Energy, Transport and Implementation in the July 24 issue of The Grenadian Voice, identifies the Grenville Commercial Complex Limited as the Executing Agency responsible for implementing the project.

“It will be for the greater good. We will be more modernised,” said one business owner, who chose to remain anonymous.

Others, who described the current business climate as slow, said they have survived so far due to their loyal customers and would not feel threatened if competing businesses were housed in the new complex.

The two main tenants of the new complex will be the Government of Grenada and the Grenada Co-operative Bank Limited. Co-op Bank Managing Director Richard Duncan told The Grenadian Voice that the bank will have much needed space on the main floor, making it easier to adhere to social distancing and other protocols. Long lines of customers outside the bank’s current location on Victoria Street are common.

The District Revenue Office will also be located on the main floor of the proposed three-storey structure.

In 2019, under the Public Finance Management Act, No. 17 of 2015, the government invested $510,000 in Grenville Commercial Complex Limited for 51% shares of stock. Duncan said the government owns 51% and the bank owns 49%. While the bidding process is expected to get underway this month, Duncan said once construction commences he expects it will take approximately 18 months to complete.

Chairman of the Grenada Commercial Complex Lyden Ramdhanny said there will be space on the main floor between the bank and the government offices for more commercial outlets.

Ramdhanny said it is likely the second floor of the new complex will house the library. The third floor, which is designed to be a partial floor, will accommodate administrative offices, he told The Grenadian Voice on Wednesday.

The massive fire 10 years ago left some historic stone work and the shell of the library standing. Ramdhanny said the designs will retain that original stone and other works as much as is structurally feasible.

A local vendor took our reporter into the stone remains, where an archway stands with a sour sop tree growing on one side and a skin-up tree on the other.

“This old time retaining wall is a land mark,” she said.

The Grenville Vendors mall, which is located in a narrow alleyway alongside the burnt post office, has only been partially opened since COVID-19 regulations were eased.

While business operators there have observed officials coming and going, they are yet to be told anything regarding their relocation once construction begins.

Ramdhanny said he expects meetings to take place with the vendors.