HomeEditorialChildren can sometimes speak for themselves
Editorial

Children can sometimes speak for themselves 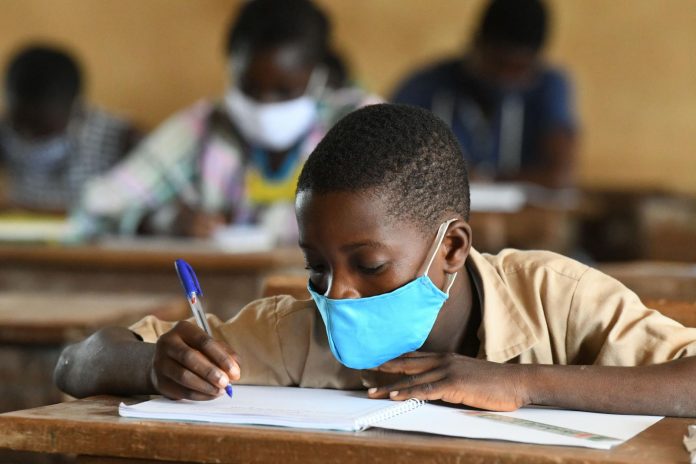 It’s been months since the COVID-19 pandemic hit our shores placing us in what is now referred to as a new-normal where a lot of things are done differently. The protocols which Government was forced to put in place to control the spread of the disease, have been both negatively and positively affecting our lives; but we must all agree that they are necessary in order to save lives. The Government may be open to suggestions from people who think they may know of better ways to keep us healthy at this time; but until such time let’s stick to what we know.

We are in this together. It affects both the rich and the poor. We have heard of people from the upper-class being tested positive and even popular stars. Those of us who grew up dancing to the music of Toots and the Maytals from the 60s to recent times, after reading this newspaper, will see that he is no more.

After listening to a programme on the Grenada Broadcasting Network on Monday evening we were prompted to write this editorial when it was observed that while the topic that was being discussed was ‘going back to school’, there was not a young person on the programme to express his/her sentiments on the matter. The essence of the discussion on the programme centred on the conditions and the protocols in place. It was disheartening to hear from some parents who were chosen to speak out against wearing masks. The parents should know that children learn what they hear. The masks were not the Government’s choice; wearing masks is universally accepted. So a little buy-in to the idea will do well for all of us.

What we now refer to as the new normal is definitely serious times which can be confusing for children to understand. Imagine there are people who think it’s okay to dodge the Police and go out in public places while not wearing masks. To this we can say where ignorance is bliss, ‘tis folly to be wise. As adults, it may be prudent for us to listen to the stories from children at this time when even hugging and playing closely together with their sibblings and friends are not allowed. How do children understand being debarred from running to the door to greet their parents when they arrive home from their jobs? Parents now must come up with some ingenious ways to show love as they rush in to change their clothes and have a bath before any interaction.

The discussion on wearing the masks back to school, formed a great part of the programme with adults expressing ways that the masks are not good for the children. How many parents have sat down with their children to discuss the seriousness of the disease? We may be surprised that some children are excited to wear their masks. In fact this newspaper reached out to some young people who gave us the feeling that they feel prettier with their masks on. A young man said that when he feels tired in class he drops the mask a little down on his face to catch a little fresh air, then puts it up again; he has a relative who died of COVID-19 in the US so he understands the seriousness of it. They all felt that it was a good move to protect themselves by wearing masks. Most of those we spoke to said that they even carry their own hand sanitizer around. It’s too bad that not one of them was invited to be on the GBN programme Monday evening. A walk through the towns will see very little loitering after school days. Let’s not underestimate them; these young people want to live.

Children should be highlighted more so that they can lend strength to their peers. In a past publication, we featured an interesting short story by young Joshua Dumont who wrote on his hidden talents he discovered during the lock-down period. There may be more exciting stories to tell.

So even while the protocols are relaxed a little, as adults we must make some judgement calls and take precautions for safety, if and when our children must be out in public. We understand the anxiety that comes with the new-normal for both the young and the old. The number of people who have died in the United States has surpassed our population. It is a known fact that the disease can be asymptomatic, so it is not easy to tell how many of us are walking around with the virus which can be quickly spread in a short conversation. Wearing masks is the simplest yet most effective thing we can do to avoid being infected with COVID-19.

Facebook
WhatsApp
Previous articleThe Grenadian Voice September 18, 2020
Next articleWhy are we so intent on destroying another vital ecosystem?