HomeNewsClaims of fraud and manipulation
News

Claims of fraud and manipulation 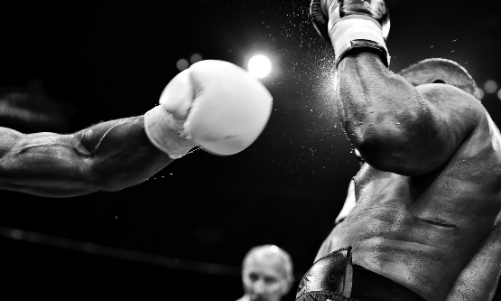 Champion boxers, qualified coaches  and former executive members of the Boxing Association of Grenada (BAG) are calling on the Ministry of Sports and the Grenada Olympic Committee to investigate the manner in which the Annual General Meeting (AGM) and election of officers was conducted last Saturday (April 24).

“The onus is on the Ministry of Sports (and) the Olympic Committee,” Dr Deborah Stephens-John told a media briefing on Wednesday.

“We will take it as far as it will go,” Dr Stephens-John responded when asked about what format the investigation could take.

The group called the media briefing to “clarify” the status of the association, how members were excluded from attending the AGM and the ongoing failure of general secretary Neil Roberts to share information with members, including correspondence from the International Boxing Association (AIBA), which is based in Switzerland.

Dr Stephens-John said the 2013 Constitution of the BAG has never been amended and the criteria for which officers who can be nominated have not changed. Moreover, the constitution allows all members to attend the AGM, but only allows those who are financially current in membership fees to vote or run for office. She said there were 38 “financial members” as of 2019, but only 28 persons were allowed to attend the AGM.

Speaking to The Grenadian Voice on Thursday, Dr Stephens-John said when she arrived at the headquarters of the Grenada Olympic Committee on Saturday, an officer of the Royal Grenada Police Force (RGPF) had the list of those permitted to attend.  Her name was not on the list.

“I talked my way inside,” said the longstanding BAG member, who is also a Ringside Doctor and member of the IABA Medical Commission. While the police officer did not show the list to her, once inside she said there were only six or seven members from the original 38.

She noted that the executive had previously agreed in 2019 to consider virtual meetings in order to accommodate members from Carriacou and Petite Martinique.  Not only did Roberts fail to consider this alternative during the pandemic, he failed to advise all members of their financial standing, failed to provide notice of the nomination process and the AGM, and did not honour the constitution in several other ways, according to Dr Stephen-John.

Davis Adams, who was also denied access to the meeting, said if nothing is done about the fraudulent election of officers and the constitutional breaches leading up to the election, “we are setting ourselves up for disaster.” He warned it could happen to any sports organisation.

“The election that was held should be null and void,” he said, noting that none of Grenada’s senior boxers were on the list and many of those allowed in the meeting were teenagers.

“What a farce,” he said with disgust.

Stiell, national head coach and BAG member since 1992, said he does not recognise the newly installed executive. He is a member of the three-person committee, along with Roberts and Adams, appointed on April 17 to discuss the way forward for the AGM. He said the committee unanimously agreed that the 2013 constitution and 2019 list of financial members would be used at the next AGM.

“Neil Roberts decided to break ranks with what was agreed,” Stiell said.

Team captain Clement said he has been taught fair play, respect and honesty as part of boxing. What has transpired with the association is “misleading the young ones.” The role of boxers and the association is to “make our country proud,” he said.

“Dishonesty will not lead us,” he said, adding that it is the boxers and coaches who are the backbone of the association, not individuals who have “never stepped into a gym.”

It was also observed that the executive was elected un-opposed as there was only one name nominated for each position.

Moderator of the press briefing, sports journalist Michael Bascombe, referred to the process as a selection rather than an election.