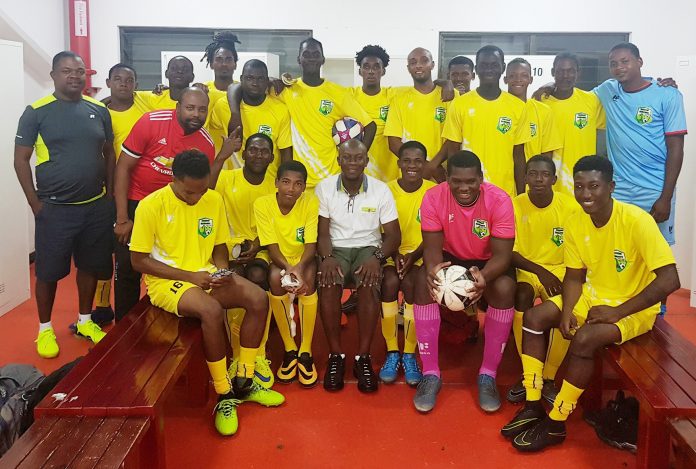 2019 marked the 30th anniversary of Combined Northerners Sports and Cultural club, and having missed the actual celebrations, the club in its rebuilding stage in 2020, is set to commemorate this milestone with a series of activities.

The activities, which were set to roll out in March, were negatively affected by the COVID-19 pandemic.

Combined Northerners comprised players within the constituency of Saint George North East who were mainly playing for Honved Sports Club and the Tanteen League competition, which was once organized by Rupert “BEAR” Williams.

The club’s participation in competition was on an extreme low for some years but was revived in 2018 to the club it was once known to be. To date, there are three teams (U15, U19 and seniors) with a combined membership of over eighty young men ages ranged from 10 – late 30s.

According to founding member and Administrator Glen Alexander, one of the club’s greatest achievement over the years was its ability to keep the young people together and to have the organization as a home where the members can grow to society’s acceptance.

Additionally, to the satisfaction of the local and international football governing bodies’ expectations, the club was able to be licensed.

As a result of financial assistance received from club licensing, those monies go towards building the club and obtaining needed items for players such as uniform (jerseys, boots) and for club activities.

An audited statement is to be submitted to the G.F.A annually.

Another achievement is that the club in its earlier years, moved from Second division to Premier League within three years. Currently, the club is in the Central conference.

Apart from training for and playing football, members also engage in other bonding activities such as hikes and community outreach. A summer camp for the junior teams is being planned and is expected to comprise motivational talks and workshop.

The Club intends to continue the registering of players online with Connect GFA in preparation for competition.

Its future plans include having a female team, improve ranking within the GFA, see the return of friendly football competitions within the constituency and stage a Northerners invitational.