HomeNewsConstruction flaws cause no water in Soubise Housing Project
News

Construction flaws cause no water in Soubise Housing Project 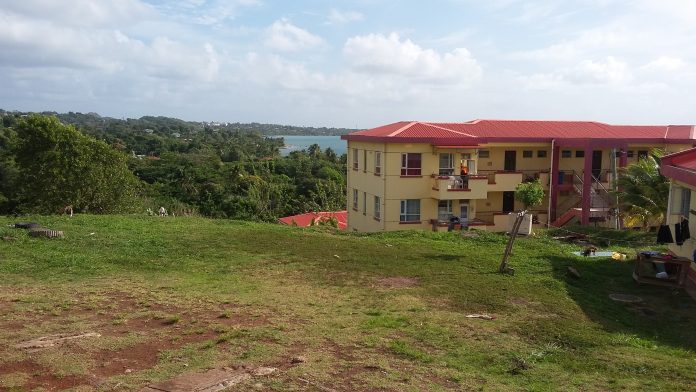 It’s a “creeping process” that can take years, but eventually it “starts to show its weakness.” That is how National Water and Sewerage Authority (NAWASA) acting distribution manager Ernest Bruno describes the situation with the main water pipes at the Soubise Housing Project in Saint Andrew.

The weakness to which he refers is the “way the piping was done.”

“Where they put on the T’s and elbows they did not tie the joint,” he said, explaining that the original piping system did not provide proper support for the joints when the complex was constructed as part of the People’s Republic of China’s assistance to Grenada.

“Once you get a certain amount of pressure the joints are pushed out.” That has been happening at the housing project, causing water interruptions in recent weeks.

Residents have experienced water shortages since late May. One resident told The Grenadian Voice on June 25 that the water comes about 1 am and is gone by 5:30 am, which had disrupted the family’s routine.

“I can’t go to work on three hours sleep,” said the tenant, who has resided at the housing project since it opened in 2015.  The fully occupied housing project of 167 units is located on a hilly seven-acre site overlooking Soubise Beach. The tenant, who asked to remain anonymous, had not experienced any water interruptions over the years until May of this year.

“The main burst by me and then two lower down burst and after that no water.”

However, as of Tuesday (June 30) the tenant said, the water returned for the entire day.

With approximately 200 metres of main pipes on the site, NAWASA has commenced repairs where pipes have broken.

“We are also endeavouring to strengthen the joints to be proactive,” Bruno said, telling The Grenadian Voice on Wednesday (July 01) that water supplies are now consistent.

At the same time, the company is conducting a “thorough investigation” of the piping system to identify all the weaker points, starting at the lower level of housing units where “the blow outs are more frequent,” he said.

Referring to the “unreliable” piping, general manager Christopher Husbands said the best way to rectify the situation is by replacing the mains “one section at a time.”

Additionally, since NAWASA took charge of the water system at the project in 2018, it has been monitoring how the pressure varies on the three levels to regulate it in such a way that there is a constant supply at the top level without putting excess pressure on the pipes for the lower levels.