HomeNewsConsultation promised to discuss the re-classification of marijuana
News

Consultation promised to discuss the re-classification of marijuana 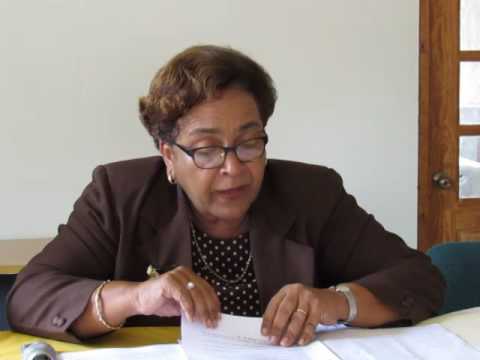 His comment follows a call by the National Democratic Congress (NDC) to decriminalize maurijana (cannabis) for recreational and medicinal use.

“If this present administration fails to act on the recommendations of the report and refuses to establish the framework to study and implement the recommendations as well as the decriminalizing issues which are supported by the people, the NDC commits to doing so, as a priority on forming the government,” said NDC’s Political Leader, Franka Aexis Bernadine, during a media conference last Friday.

The Political Leader called on government to amend and enact the respective legislations and urged the populace to respect existing laws and be a part of upcoming discussions on the issue.

She noted that the party does not support substance abuse and misuse, recognizing that there are two aspects to the marijuana issue; medicinal marijuana and recreational marijuana.

“We should not allow fair conservative attitudes and uncertainty to hold back innovative initiatives that could help people,” Bernadine said, referencing other Caribbean countries that have begun the legislative process to decriminalize cannabis.

The commission, which was established in 2014 and presented its report to CARICOM Heads of Government in 2018, put forward the view that in a regulated framework marijuana should be treated similarly to tobacco and alcohol.

Minister David, during Tuesday’s post Cabinet briefing, said CARICOM Heads agreed that action was necessary at the national level by the relevant authorities to review the current status of marijuana as a dangerous drug with a view for re-classification taking into account all international obligations.

He added that CARICOM leaders agreed that each member state in accordance with its own circumstance will determine the path it will pursue in relation to the models suggested.

A Cabinet committee comprising the Ministers of Health, Agriculture and Legal Affairs is expected to determine the way to proceed to implement the Commission’s report,” he said, noting that they have started by studying the models in and outside of the region.

David will replace Minister Yolande-Bain Horsford on that committee, when he assumes the role as Minister of Agriculture next month.

“We are going to proceed in a way that takes everybody along with us,” David said, referencing the results of a 2018 poll conducted in Grenada on the issue.

This poll, conducted by Pollster Peter Wickham, provides context as to the feeling of the people on the issue, he said

The results of the poll, which David said are contained in the report of the commission, revealed that 30% of Grenadians supported full legalization, 31% supported partial decriminalization, 22% said it should remain illegal and 17% was unsure or refused to comment.

Noting that the report said marijuana should not be used by anyone under the age of 24, David said consultation is expected with everyone including farmers, the religious community and youths.

Minister David warned that this issue “is not a political football to be kicked around,” noting that since the NDC supports the recommendations, consultation with the grouping “should be easy.”

In the past, Prime Minister Dr the Right Hon Keith Mitchell, had said that the legalization of marijuana would not happen under his watch but later voiced that persons should not be jailed for being in possession of a small quantity.

Referencing this, David said, “so the Prime Minister has evolved on the issue of cannabis and that is normal, he has listened,” adding that other citizens should also be open-minded to the discussions.

David, who is a lawyer by profession, in explaining the difference between legalization and decriminalization, said legal means it is free to use and decriminalization means one can be fined by the Police but he/she does not get a criminal record, which in future prevents them from taking up scholarship or employment opportunities overseas.