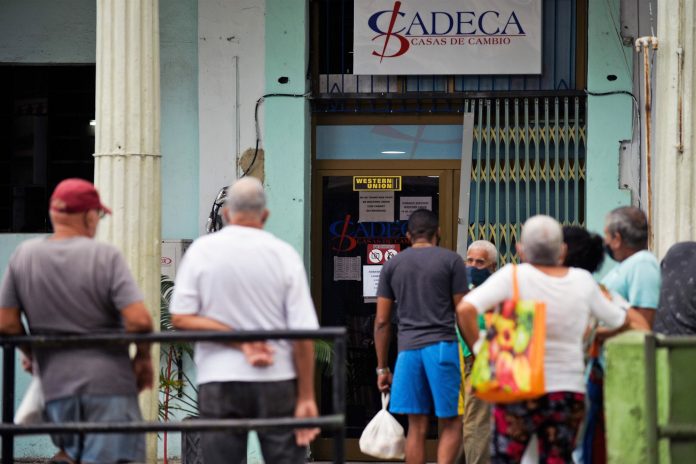 US-based money transfer company Western Union has closed its offices in Cuba from November 27 following sanctions from Washington which prevent it from working with Fincimex, a financial company run by the island’s military.

The move by Western Union to close its 407 locations across Cuba after more than 20 years in operation, will leave thousands without the remittances they depend heavily upon.

This comes as a result of sanctions announced in October that the administration of US President Donald Trump imposed.

According to reports, Western Union is the only US-to-Cuba provider of remittance payments and is deemed the safest way to get monies to Cuba.

While Cuba doesn’t publish figures on remittances, economists estimate it receives billions of dollars a year and roughly half comes from the United States with 20 per cent of the overall total through Western Union.

However, all is not lost as there are banks, agencies and small informal businesses where money can be sent to people in Cuba. It has also come to light that cryptocurrency is being used to get monies to Cuba.

Trump’s administration has taken more than 200 measures against Cuba in recent years, including limiting trips, barring cruise ship visits and limiting remittances to $1,000 per person per quarter.

One of the newest sanctions-hit Western Union by banning its Cuban partner company, Fincimex, from handling remittances because of its ties to the military-run company Gaesa.

Western Union told AFP it hoped to “continue to provide essential money transfer services to customers” and that it was “working to adapt to new rules and regulations concerning Cuba”, adding that it would make an announcement on the matter soon.

In the meantime, it said, money transfers would “remain operational” and American customers would be able to send money “directly to family members in Cuba from our branches or via the Internet… so that it goes to our more than 400 agencies” across the island.

Many Cubans receive valuable daily support in the form of remittances — money sent from abroad to relatives back home.

According to online reports, John Kavulich, president of the New York-based US-Cuba Trade and Economic Council Inc., said that while US President-elect Joe Biden is expected to eliminate the cap on remittances next year, it’s unlikely he’ll allow Western Union to use Fincimex so as to avoid angering a bipartisan group in Congress.

And even if that does happen, Orozco warned it’s not easy to lift existing sanctions or impose that kind of change quickly, adding that it would take a minimum of six months.

Andy Gómez, a retired professor of Cuban studies at the University of Miami, said he doesn’t believe Cuba will be a priority for Biden given all the domestic issues weighing down his agenda.