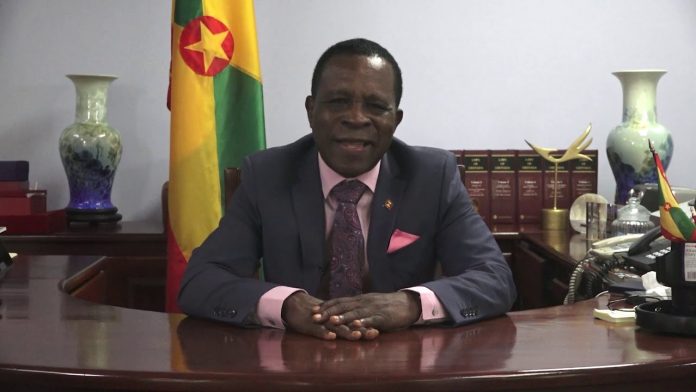 In his recent address to the nation Prime Minister the Rt Hon Dr Keith Mitchell took a moment to remind the cultural Ambassadors of their responsibilities.

This came in light of some of them being identified in the many ‘Jab Jab’ bands that came out in sheer protest while the Carnival and Carnival-like activities were cancelled officially.

The cultural ambassadors are mostly artistes who were bestowed the title for exemplary performance and received passports which earned them some freedom.

The ‘Jab Jab’ bands with their distasteful chants, angered the Prime Minister to the point where he almost used the entire ‘F’ word in the sitting of Parliament last week.

As he addressed the nation, Dr Mitchell said the cultural ambassadors must also understand their fundamental responsibility to law and order, and they cannot be seen as breaking the law of the land.

“If that is allowed, then we would have descended into a lawless state and as Prime Minister, I cannot condone such. I have to protect, and the government has to protect this state, including all citizens and also the Cultural Ambassadors themselves,” the Prime Minister said.

In the sitting of Parliament August 12, Speaker of the House of Representatives Hon Michael Pierre also raised his concern. “Let me say what I saw over the past weeks scared me; and this did not begin on Sunday, Monday and Tuesday. It started on the second of August.”

Referring to pictures on social media, the Speaker said some of our cultural ambassadors do not understand the responsibilities that go with this distinction. “They end up the leaders of the big group of Jab Jab,” he said.

However, it is now clear that while the public holidays were revoked to minimize public gatherings, the Carnival act remained in place. So even Prime Minister Mitchell said in Parliament that he was hoping that people would obey the COVID-19 protocols in place. “We said no Carnival, but we could not stop them from playing mas,” he said.

This was referred to by some people as a flaw that sent mixed messages to the public.

While the ambassadors were chided, Dr Mitchell took time to praise all who contributed in one way or another in tackling COVID-19.

“Our frontline workers, whether in health care, policing, environmental protection, security services and all other areas, who have consistently played their role in getting us through this crisis so far. Many of you have made immense sacrifices and for that, we applaud, and thank you, and appreciate you.

Specific mention must also be made of the COVID-19 Cabinet Sub-Committee which was tasked with advising the Government as it attempted to execute the herculean task and mandate of protecting the citizens of this country from this invisible enemy,” he said.

Members of this committee met daily from the inception of this crisis through to the expiration of their mandate on July 31.