Darren Sammy tells the cricket world to speak out against racism 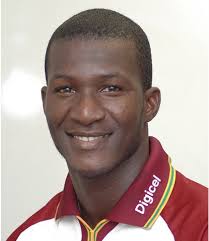 Former West Indies captain Darren Sammy wants the International Cricket Council (ICC) and its member cricket boards to speak out against social injustice and racism, amid public outrage in the United States and across the globe over the death of a black man in police custody.

Sammy, stressing that the issue was not an American one, said “Right now if the cricket world is not standing against the injustice against people of color after seeing that last video of that foot down the [neck] of my brother you are also part of the problem,” 36-year-old Sammy said in a series of tweets.

Sammy, who led the West Indies to a T20 World Cup victory in 2016, encouraged cricketing bodies to show they cared by supporting the #BlackLivesMatter movement.

Sammy’s former Windies teammate Chris Gayle, who said he had experienced racism first-hand in his cricketing career, also used his platform to draw attention to the issue.

Meantime, the England & Wales Cricket Board (ECB) tweeted a picture of Jos Buttler, Jofra Archer and Adil Rashid hugging, with the caption: “We stand for diversity. We stand against racism.