Dengue cases on the rise 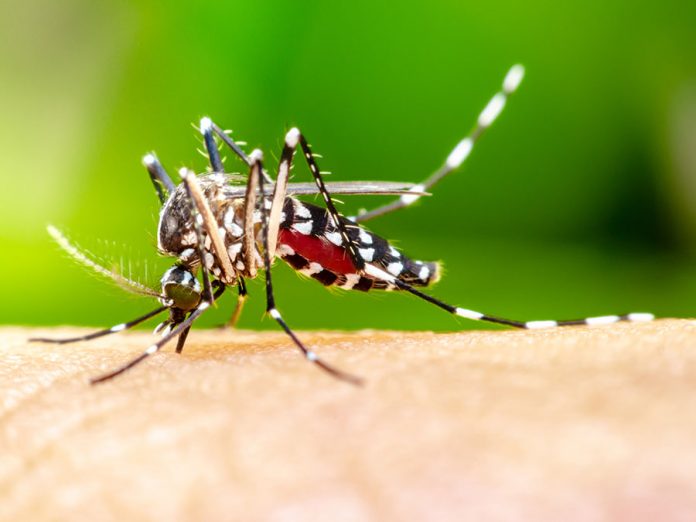 The increase in Dengue cases from the last quarter of 2020 has continued on the same trajectory to present, forcing the Vector Control Division to increase its surveillance and intervention.

With this being of concern to the ministry, Senior Environmental Health Officer, Kennie James, noted that the Aedes aegypti mosquito population is expected to increase when the rainy season begins next month (June to December).

Therefore, the Division has been increasing its intervention to curb the spread and reduce mosquito breeding sites via fogging where suspected and confirmed cases have been recorded. Areas fogged in St George this week were Boca and its environs including Mel Rose, Beaulieu including Belle Vue, Beaulieu including part of Mt Gay and Mt Gay including the Glen.

Stating that the increase in cases has been recorded throughout the Caribbean, the Senior Environmental Health Officer attributed last year and this year’s increase in Grenada to a shift in focus to the COVID-19 pandemic. He also noted that during the lock down period last year, services were curtailed and so surveillance and fogging exercises to identify and destroy breeding sites could not have been done as officers were unable to go out to work.

In addition to that, James cited that householders have adopted a laissez-faire attitude towards cleaning their surroundings. However, he implored that controlling the spread of Dengue is a collaborative effort of the ministry and householders as he urged citizens to take measures to free their surroundings of mosquito breeding sites.

James also noted with concern that the rise in Dengue cases is at a time when the ministry is also appealing for adherence to the protocols to avoid contracting COVID-19 and the recent report of an increase in Acute Respiratory Illnesses. He pointed out that with fever being a common symptom among the three illnesses, this can post a challenge to health care providers in regards to diagnosis, as well as, an increase in sick persons puts a further strain on the limited resources of the country’s health system.

Measures to reduce chances of being bitten by mosquitoes, as advised by health officials:

According to health officials, mild symptoms of Dengue can be confused with other illnesses that cause fever, aches and pains, or a rash.

The most common symptom of Dengue is fever with any of the following: nausea, vomiting, rash, aches and pains (eye pain, typically behind the eyes, muscle, joint, or bone pain).

Symptoms typically last 2–7 days as most people will recover after about a week.