HomeRegional“Desist from this harmful practice of blacklisting small states”
Regional

“Desist from this harmful practice of blacklisting small states” 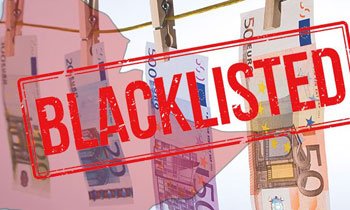 The inclusion of Caribbean countries on the ever-changing European Union (EU) blacklist has prompted strong responses from the Caribbean Community (CARICOM).   On October 06, the EU added Barbados to the blacklist, moved Anguilla from grey to black and removed Cayman Islands. Demanding the EU “desist from this harmful practice of blacklisting small states,” CARICOM issued a statement on October 10 noting that the recent inclusions underscore “the EU’s unwillingness to take into account the substantial progress made by CARICOM Member States at compliance with global standards.”

CARICOM stated that “blacklisting severely affects the economic prospects of the listed states and the Community in general, at a time when all of our Members are already faced with the disproportionate impact of the COVID-19 pandemic. This labelling causes significant reputational risk, erodes our competitive advantage, and discourages the investment that CARICOM states desperately need to drive inclusive growth and build economic resilience.”

More recently, CARICOM has brought its concerns before the World Trade Organisation (WTO).

Addressing the WTO General Council on October 20 on behalf of CARCIOM, Head of the Organisation of Eastern Caribbean States (OECS) Geneva Mission, Stephen Fevrier, said “the threat of, and continued unilateral, arbitrary, and non-transparent blacklisting strategy employed by some WTO Member States does not serve the cause of international solidarity, particularly at a time of unprecedented global uncertainty.”

Several Caribbean countries, including Grenada, have been placed on the list and removed since it was adopted on December 5, 2017 as part of the EU strategy to combat “tax avoidance and harmful tax practices.” Some have been removed and put back on the list since then. Initially 17 jurisdictions, including Caribbean countries, were blacklisted. By January 23, 2018 Saint Lucia had been removed; Bahamas, Saint Kitts and Nevis and the US Virgin Islands were added; while Barbados and Grenada were “moved to a separate category of jurisdictions subject to close monitoring.” Saint Lucia and Trinidad and Tobago were identified as non-cooperative jurisdictions.

On May 25, 2018 Bahamas and Saint Kitts and Nevis were removed from the list. On March 12, 2019 Aruba, Barbados, Belize, Bermuda and Dominica were added because they “did not implement the commitments they had made to the EU by the agreed deadline.”

The make-up of Caribbean countries blacklisted changed again on May 17, 2019 when Aruba was completely removed, while Bermuda and Barbados were moved to a list committed to making improvements. A month later Dominica was completely removed; as was Antigua and Barbuda, Bahamas, Bermuda, Belize, British Virgin Islands, St Kitts and Nevis and Cayman Islands on February 18, 2020. The EU listed Anguilla, Barbados, Trinidad and Tobago and the US Virgin Islands among those “that refused to engage with the EU or to address tax good governance shortcomings (situation on 6 October 2020).”

Fevrier told the WHO that that the region has enacted legislation, strengthened regulatory and enforcement regimes in keeping with international standards and best practices, “yet the goal post continues to shift beneath our feet.”

Acknowledging that the WTO does not have a standing in the matter of the blacklist, Fevrier told the General Assembly that CARICOM reinforces its “previous calls for multilateral organisations, including the WTO, to empower members through respective bodies to assess and explore policy options that would support a strong exit from the crisis through targeted and collective actions.”