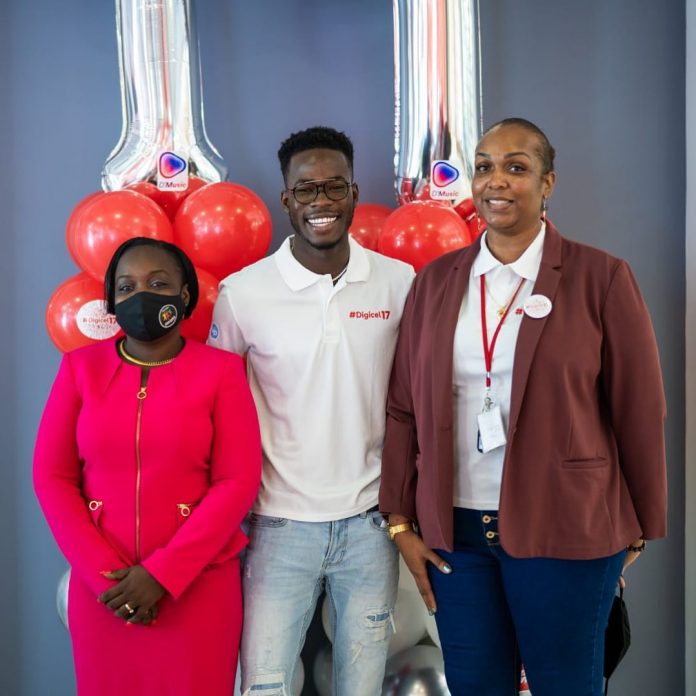 Telecommunication company, Digicel (Grenada), is now 17 years in operation in Grenada and has launched a 17-day campaign to mark the occasion.

Throughout the campaign, among other things, the company will showcase its long-standing employees who have been there since inception.

Speaking at last Thursday’s (Oct 01) launch, Finance Manager Tricia Melville gave an overview of the company’s journey through the years. In 2005, Digicel merged with Cingular Wireless strengthening its market share. In 2007, Edge was rolled out along with instant messaging, such as Blackberry messenger. In 2014, HSP-Plus was launched which saw the birth of streaming and videos on the go via mobile device.

In 2012, Digicel Business was launched offering business solutions via products such as connectivity, Wi-Fi, CCTV and PBX. Business and home internet service was launched in 2015 and 2017, respectively.

Starting off with 2G network in 2003, Digicel was also the first to launch Long-Term Evolution (LTE) in December 2018 offering live videos such as Facebook live and Netflix over the mobile network without buffering.

The Finance Manager boasted that in 2004, Digicel Foundation was founded on the premise that the community must also grow along with the company, noting that this premise fuels its passion to give back. Accordingly, she shared that Digicel sponsors school feeding programmes, football and cricket teams and is the title sponsor of Carriacou Carnival.

Chief Executive Officer (CEO) Shrivon Redhead thanked customers for their loyalty referencing customers still have numbers received from when the company opened its doors, as well as those who got new phones after hurricane Ivan in 2004.

“This campaign is our company’s way of saying thank you to Grenada for the acceptance and loyalty over the past 17 years in support of our company and our brand promises to serve you all the way,” said Marketing Executive Shunica Peters.

Eight more days are left in the campaign where customers can win daily giveaways by sharing their knowledge of the company via radio, social media and the BIP messaging group.

17 randomly selected customers will be called and upon answering their phone “Happy Digicel 17” can win prizes including cash.

Minister of Youth Development, Hon Kate Lewis, expressed that “as a Government we are indeed pleased with the contribution Digicel continues to make to the economic growth of our country.”

She noted that she is pleased with the partnership created with her Ministry, adding “I am very proud of the opportunities that Digicel has given to our young people.”

The Minister shared that three IMANI trainees who found employment within the company are now in leading roles – Marketing Executive, Commercial Supervisor and a Human Resource Executive. This, she said shows that the company continues to invest in the young people.

Noting that Digicel’s entrance into the local market brought many benefits to customers including lowered cost and easier access to telecommunication services, Hon Lewis wished the company well in its campaign and future plans.

Brand Ambassador Jevaughn ‘V’ghn’ John, speaking on behalf of the other brand ambassadors expressed thanks to Digicel “for believing and supporting them in their vision.” He vowed to continue representing the company, pledging “We will not let you down.”

Facebook
WhatsApp
Previous articleGuest Editorial – THE SHIFT – It’s time to change your mind!
Next articleExtension of moratoriums can lead to post challenges