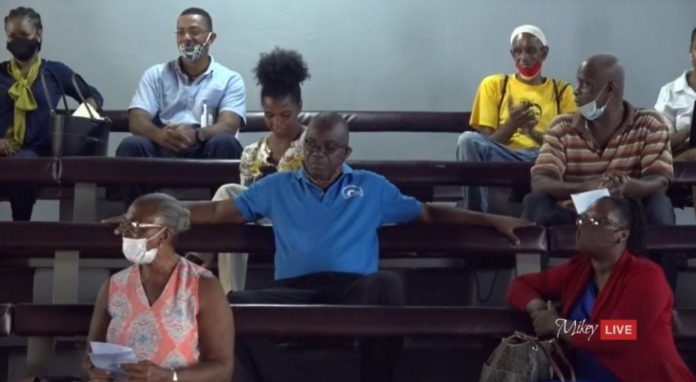 The formation of a new company to assume the assets, liabilities and commercial functions of the Grenada Co-operative Nutmeg Association (GCNA) and the Grenada Cocoa Association (GCA) is a recommendation on the table, as discussions continue on merging the organisaitons.

In June, Government stated plans to merge the associations and liberalise the sector with both associations saying yes to merger but no to liberalisation.

At a recent round table discussion, Henry Joseph of PKF Chartered Accountants and Business Advisors, presented the recommendation stating that there is a strong case for restructuring and merger as there is an overlap in membership with 70% of farmers producing both crops.

He pointed out that both associations are involved in buying, selling and exporting, both are rich in assets most of which are under-utilised, and both have been in existence for more than five decades.

Pointing to a number of abandoned buildings of the associations, he said the cash flow from sales can be strengthened by the disposal of unused properties.

Outlining the benefits of a new company, Joseph noted the rationalisation of buying points, expanded farm extension services and propagation support, adding that the GCNA has labs that the GCA does not have.

He advised not to rush this process but have a strategised plan for the new company that outlines the merger process, sets targets to be achieved and an investment plan so that the company can be profitable in the next 3-5 years after the merger.

Joseph also advised on setting up a Merger committee to determine the route, encouraging the involvement of the private sector and government to ensure the monopoly remains and for concessions.

Further, he advised that farmers should retain a minimum of 60% company shares and allow government to own a maximum of 20%.

Joseph noted that with the issuance of shares to farmers, share certificates can then be passed on to the children of farmers.

Chairman of the GCA, Christopher Williams, told the attendees that based on a resolution voted on at the July 02 meeting, cocoa farmers said no to merger without monopoly and that the assets must be vested in members of both organisations.

Referring to the almost $30 million in assets, Williams said, “We must know where it is going and it must be vested in cocoa farmers, no one else.”

In addition, he said the process to elect the Board of Directors should remain the same – farmers elect six and government nominate three.

The GCA Chairman noted that a stalemate was reached at the last meeting of the Merger Oversight Committee in July.

General Manager of the GCNA, Roderick St Clair, noted that a merger presents opportunities for collaborations in joint ventures and value-added development; however, he questioned whether a merger could solve the many challenges experienced by both associations. These include: praedial larceny, land policy, farm labour, climate change, technical support services, research and development, quality and adding value to nutmeg and cocoa.

Chief Strategist and organiser of the series of discussions, Dr Stephen Fletcher, in his presentation examined the context for the proposed merger, noting that attempts were made over the years dating back to 1951.

He dispels the argument that a new structure will lead to better earnings, noting that in his research he

has yet to find a case that supports this argument.

Dr Fletcher asked for the reason for the proposed merger, and claimed research has shown that most times the intended benefits are not realised. These can include increased production, expansion of product line, entering new markets and increased market share.

More so, he questioned the proposed business model for the merger, noting that while this was not publicised a bill was presented.

Dr Fletcher shared that possible disadvantages of merger can be loss of income for farmers and loss of the brand. Nonetheless, he added that a merger can result in an enhanced managed team, noting from observation that there are few managerial talents running both organisations.

Summarising proposed merger reports over the years, Dr Fletcher said these recommended that the associations should be full co-operatives, improve governance and issue shares to farmers. Further, the process must be farmer-led and government must be a key partner and facilitator of merger.

Going forward, Dr Stephen recommended deepening the areas of functional cooperation that exists between the associations, placing the current merger on hold and withdrawing the merger bill. He said a new committee should be formed to rethink, reshape and resubmit proposals for a new generation co-operative or a limited liability company.

The final parish meeting, held at Marryshow House in Saint George last Thursday (Sept 24), also saw presentations from Daniel Lewis of the Ministry of Agriculture and Sandra Ferguson. The forum, which included a question and answer segment, was attended by Opposition Leader Tobias Clement, Opposition senators Tessa St Cyr and Terry Noel, members of the business community and farmers.

The discussions were organised by Campeche International Consultants Inc in collaboration with the Non-State Actors Panel Grenada. Dr Fletcher of Campeche said an opinion poll will be conducted to indicate the number of farmers in support, against or uncertain about the merger.

In the coming weeks, reports on the discussions will be presented to government and both associations, as the way forward is determined.