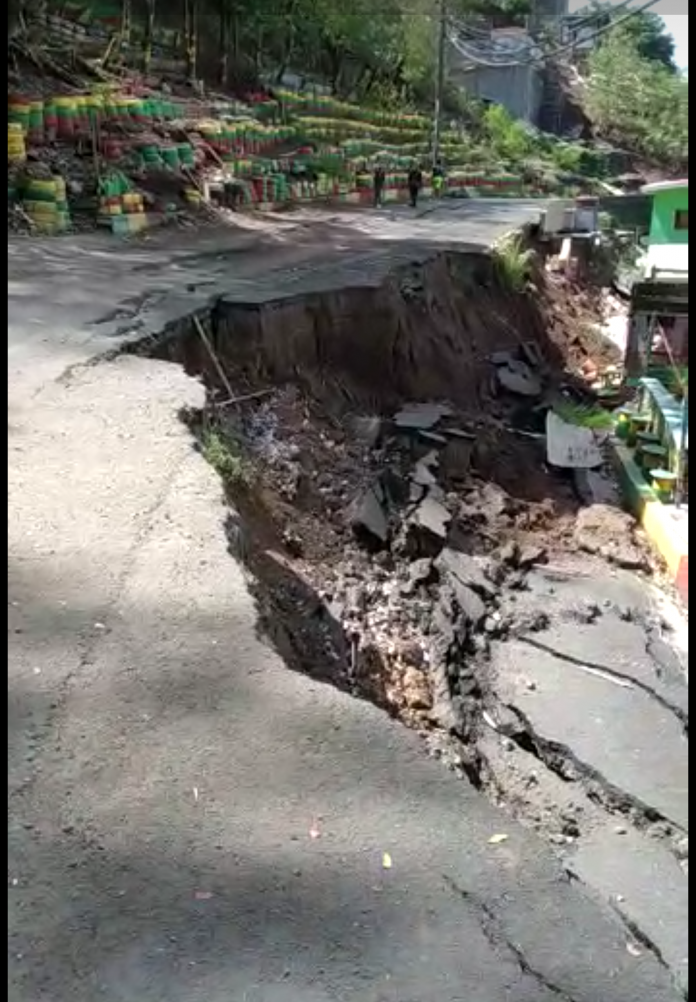 A contract will be awarded by month end to conduct geo-technical studies of the Moliniere Road and the entire Western Main Road corridor as the disaster continues.

This was announced on Thursday by Minister of Trade, Industry, Co-operatives and CARICOM Affairs Oliver Joseph during a post-Cabinet briefing.

Minister Joseph, noted that the Ministry of Infrastructure Development and Implementation confirms the “slippage at Moliniere continues to deteriorate.” He said that the government is making all efforts to “ensure a speedy resolution of this matter,” adding that the study for the Moliniere area will take approximately four months.

The property known as ‘Charlies bar’ owned by Martin Nicholas was the latest casualty as it recently collapsed into rubble along with his home. This occurred at 2:00am last Friday; but there are no reports of damage to people or lives lost since his home and bar were already relocated to Beausejour.

The government had compiled a shortlist of six firms from the many that expressed interest in the project. However, the process could not proceed without the “no objection” from the Caribbean Development Bank, which took three months, Minister Joseph explained.

Engineers from the Ministry of Works continue to make weekly site visits and compile reports on the state of the slippage and extent of damages. This information will be the “baseline for the geo-technical firm,” he said.

Specialised equipment, according to the Ministry of Infrastructure Development and Implementation, will be shipped in to conduct non-destructive testing to determine the geology of the area. Non-destructive testing is a technological process by which materials and systems are evaluated without causing damage to the item being tested.

“The data generated from the sub-surface investigation will then be analysed by national and regional materials laboratories. Following this process, the firm will present the findings of its investigation and this will determine where the road will be reconstructed,” he said.

Residents and the general public will be invited to stakeholder consultations during the entire process. The environmental and social impact assessment and management plans will also be prepared along with the detail designs and other documents before construction can commence.

However, according to Hon Gregory Bowen, Minister Infrastructure Development and Works, it would be another six years if the road is to be rebuilt in the same area. Meanwhile, notices of relocation are being served to more residents in the area, which is now deemed very dangerous.