HomeEditorialEvents of October 1983 in context
Editorial

Events of October 1983 in context 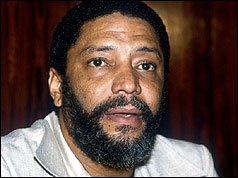 The People’s Revolution which began on March 13, 1979, was an illegal takeover of the democratically elected GULP Government. In the end it saw a Government that lasted only a few days as the Revolutionary Military Council (RMC) ended on October 25, 1983.

The Revolutionary leaders suspended the constitution and introduced a different kind of governance which changed the accepted norms of life in Grenada. According to the late Teddy Victor, the new system was based on the Bolshevik style of governance that existed in the Soviet Union at that time. While some may say that it was a Socialist system, the USA said that it was a Communist system that was then introduced to Grenada and although arguably so, that school of thought was bought by many. Communism embraces Marxism and anarchism, as well as strange political ideologies. There are those who believe that the GULP Government was removed by anarchy which some paid for with their lives in 1983.

The colonial rule left Grenada with a class society. (In simple terms -the upper and the lower class). The GULP began to change the class system with such programs as Land for the Landless and other policies. The revolution continued empowering the lower class with scholarships, high-end jobs and other opportunities.

Research shows that a communist society is structured on common ownership of the means of production and the absence of social classes so some reforms described as necessary in Free Grenada, were not welcomed by all. However, Maurice Bishop came to Grenada from Aruba as part of the upper-class. So, it is no wonder that he was able to be used as a link between the classes for  peace in the Revolution.

Critics of the newly introduced system, were treated as enemies of the State (counters) and sadly, some were jailed including the owner of this newspaper, Leslie Pierre. This quickly sent the message that ‘if you can’t fight them, you must join them.’  So, the masses settled down and seemingly accepted the new system.

The Russian slogan “Peace, bread and land” was the popular intonation that occupied the minds of people. Yet there was that constant fear that enemies would invade and try to turn back the Revolution.  As a result, Grenadians were trained with live ammunition to face any invasion by the United States of America, which had its eyes on Grenada’s foreign policy that allowed young Grenadians to be sent to Russia, Cuba, Libya and other countries of similar governing systems. The new system required schooling and studies in order to understand how it worked in other countries.

According to reports, members of groups that were intimate to the People’s Revolutionary Government, spent long hours reading books and other materials on the Communist and Socialist system. In fact, one of the complaints which made Maurice Bishop unpopular among his comrades was that he was not spending enough time in studies.

The Revolution launched some successful state-led projects which included Agro-Industries, the Sandino Construction Plant, the state-owned Grenada Sugar Company, the Coffee Processing Plant and the Marketing and National Importing Board. Grencraft, the marketing branch of the Grenada National Institute of Handicraft, was instrumental in creating cottage-industries and exported goods to other territories. Road-building, state-sector construction of low-income housing, medical and education facilities and construction of the international airport, stimulated employment and growth in the economy.

The PRG’S overall approach won the support of most Grenadians and it is said that it even drew praise from the World Bank in 1982. Those days are still being described by some as ‘glorious days’. Catholic Bishop Clyde Harvey said it was a time when young people dared to dream big. It was the time of forward ever backward never.

However, there was a serious build-up of military arms and training that took place as part of the new system. Real wars were simulated with live ammunition in the name of Manoeuvres that ended with a rally where the Prime Minister would remind the masses, that Grenada is prepared to bury America in the sea, should that country attempt to invade the Spice Isle. The mood of the day was to be on guard and alert.

Maurice Bishop was however, warned by some that the enemy may not come from outside. In 1982 the now deceased President Samora Machel of Mozambique visited Grenada to show his support for the revolution. He was one of the people who warned the PRG against becoming complacent. In fact, it is documented that he warned Bishop that the enemy may be under his foot stool. There was also a popular calypso with a line “The same people that put you up, will be the same people that will pull you down.” As Minister of National Security, Bishop must have known the reactions that certain actions would bring during the Revolution.

It would be remiss of us to believe that whatever happened on October 19, 1983 came as a surprise to him since it was part of the ‘glorious Revolution’, which ended the reign of the PRG and began the brief period in power of the Revolutionary Military Council (RMC). The RMC ruled by decree for almost six dreadful days as it placed the nation under a shoot to kill curfew while the Constitution remained suspended. That period was cut short by the American and Caribbean invading forces who took control and brought back the good old democracy that we knew before March 13, 1979.

However, James Ferguson in his book ‘Grenada Revolution in reverse’ states that the American led ‘Rescue Mission’ on October 25 was not interested in rescuing the Revolution from the RMC. It was a way of rolling back what was seen as a Communist system in Grenada.