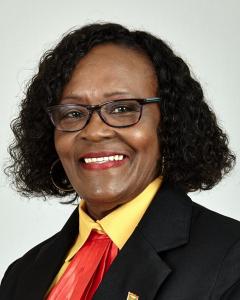 A recent farewell party was held by the National Democratic Congress (NDC) for Cecilia Ann John who is one of the names that will not be on the list of candidates for the next general elections.

The Grenadian Voice was reliably informed that John resigned by way of a letter to the party which was accepted. A close associate to her said “She resigned for personal reasons; I believe that she needs more time to look after her sick mother because she is a very caring person.”

John, an experienced social worker was the caretaker for Saint Patrick East constituency after taking over from Tillman Thomas who lost to the New National Party’s Clifton Paul.

The mother of two who hails from Saint Patrick, once headed the now defunct NCH Action for Children which was a Non-Governmental Organisation. Most of her career was spent advocating for the rights of the vulnerable especially children.

In 2018, John contested against the New National Party’s candidate Pamella Moses and received 1,200 votes while Moses won with 1,582.

In her professional life, John has served in the roles of counsellor, coordinator, evaluator, and facilitator. She has served as Early Childhood Day Care Supervisor, and Country Operations Manager, with NCH Action for Children; Acting Director of Grenada Save the Children Agency; and Coordinator of the Integrated Community Development Programme.

She has also represented Grenada, presenting on the status of Grenada’s children at the United Nations in Geneva, Switzerland, and made other presentations internationally.

While she will not be a candidate in the next general elections, John has pledged to continue to support the NDC.

It is widely believed that at least five NDC candidates from the last general elections will be removed as the party embarks on serious preparation for the upcoming one.