Farmers call on Minister David to pay attention to their cries 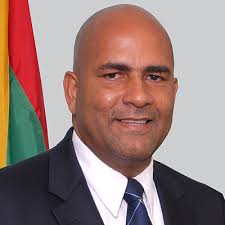 Learn to listen to farmers. That mutual message emerged from farmers when asked by The Grenadian Voice what the Hon Peter David should deem priorities as he prepares to take on ministerial responsibilities for agriculture, lands and forestry on October 05, 2020.

“Come and discuss with us. Come and see what can be done to make sense of agriculture in Grenada, especially now in this COVID-19 when we must eat local,” said Lloyd Shears, who grows a variety of vegetable crops on several acres at the Grand Bras Estate in Saint Andrew.

Discussions with “dedicated farmers” are required for a “clearly defined” agricultural policy, according to Finbar Hopkins, who has operated a farming and seedling business at Mt Saint Ervans in Saint Andrew for more than four decades.

“I don’t think we have ever had a clearly defined agricultural policy, especially on food security. Every now and then you have a programme or something about food security and in a few months it is forgotten,” he observed.

Similarly, training opportunities in farming are offered; however, in too many instances the young people taking the training do not have the commitment to succeed in farming.

“They are taking advantage of the training, but really want to do something else,” Hopkins noted, and recalled the type of training he underwent in the 1980s, which included field trips to neighbouring islands, as well as local farms.

“When you travel, when you see what other farmers are doing it gives you inspiration. Without training and inspiration, you have a problem,” he said.

Shears agreed, saying too many young farmers get into the business and are easily discouraged after one crop failure.

Shadel Nyack Compton, Managing Director of the Belmont Estate, says there is an “urgent need” for a formalised sustainable agricultural strategy that includes an agriculture land use policy and engages young people “by providing an enabling environment that will raise their awareness that agriculture as an industry can be productive and viable.”

She said production should focus on value added and export opportunities, as well as improving the competitiveness of Grenada’s agricultural products in local and international markets.

The problems in the industry are multiple, according to the president of the Poultry Producers Association of Grenada, Jason Phillip. The new Minister of Agriculture should pursue his responsibilities from a national perspective, which requires a regulatory body with the legislative authority to guide and protect all farmers, large and small, Phillip suggested.

Noting that farmers generally do not have access to adequate insurance for their equipment, crops or livestock/birds; are not regarded by financial institutions as investors in Grenada’s economy; and face many hurdles to sustain their operations, there is need for an agricultural regulatory body such as the Grenada Authority for the Regulation of Financial Institutions (GARFIN), according to Phillip.

He said this would contribute to better standards for the sector, which is another concern of farmers regarding the quality of seeds and fertilizers. Ricky Wells, who farms 4.5 acres in Byelands, Saint Andrew, said he recently lost an entire cabbage crop because the variety of seed available could not tolerate the rains.

He has had similar experiences with the fluctuating standard of fertilizer. Using the same brand and following instructions as he always has, he said the fertilizer “was too hot” and burned the plants.

Wells is now supplementing his farming operations with a contract to clear land for other farmers.

Adhering to standards is just one of many challenges facing the industry, according to Phillip.  Land allocation and appropriation, extending concessions to farmers as local investors in the same way “arms are outstretched to foreign investors” and ensuring those who enter the agricultural industry “are serious” and in it for the long term should be major considerations for the Member of Parliament for the Town of Saint George when he takes on his new portfolio, in addition to maintaining the labour portfolio.

Phillip made reference to the “massive hotel” projects underway, pointing out there is no financing or support for farmers to invest in the kind of operations that will cater to the needs of such huge hotels. He also mentioned the new poultry operation in Mt Rose, Saint Patrick, Excellent Farms Ltd, which announced earlier this year that it will have the capacity to house 50,000 birds.

“They are a private company,” he said, and even though they propose to process birds for the smaller farmers, “they could withdraw from that whenever they want,” which is another reason why a regulatory body is required for the agricultural sector.

The idea of a regulatory body is among many suggestions that Phillip and others are ready to share with the new Minister.

“He needs to sit down with farmers in every parish two days a week. He needs to hear our cries,” Shears emphasised.

Right now there is a glut of melons on the market, Shears noted, pointing to the need for a structured approach to planting that takes into account how many acres of what crops are in the ground and are planned into crop rotations.

“We need shed houses, we need to be able to deal with the weather changes,” he added.

Nyack Compton, managing director of the 250-acre farm and eco-tourism site in Saint Patrick, said the strategy for agriculture should support “the safe, sustainable development of food production systems” centred on “feeding our people and producing healthy organic food.”

As Hon David awaits a “thorough briefing” from the current minister, Hon Yolande Bain Horsford, Ministry officials and others, he told The Grenadian Voice on Tuesday that he needs “to get a feel for what is happening.”

Expressing his appreciation for the appointment to lead what he considers is one of “if not the most important sector of the economy,” David said he intends to meet with all stakeholders “and engage in discussions to get a clear picture” in determining his priorities going forward.