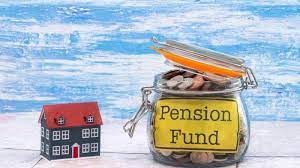 Since my last published article, General Election was held, and the National Democratic Congress has formed the Government. I place on record my congratulations to the Prime Minister and the executive and wish them success in transforming Grenada’s economy.  In keeping with my frequent calls for transparency and accountability in the governance of the affairs of the state, it would be necessary for the Government to undertake a comprehensive assessment of the state of the public finances.

In a previous article on ‘Payment of Pension and Gratuity’, which could be sourced at Innovativealliances.com, the cost of the Court ruling was not yet publicly released, and the proposal for the payment of pension and gratuity was indicative. The information provided to the public by the then political directorate on Tuesday 26 April 2022 is the basis for the following summary of an approach to honoring the Court’s judgement on pension and gratuity.

The information on the cost of the Court ruling on pension and gratuity, as presented, is summarized as follows:

The payment of pension and gratuity is good for the Government, better for the population and best for the economy.

Knowledge is power and experience is the greatest teacher.