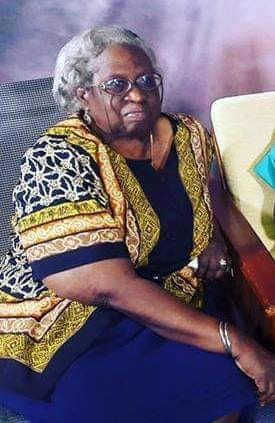 Long standing sporting icon and Permanent Secretary Margaret Dowe has passed to the great beyond on Wednesday (August 27, 2020).

Dowe, who was born in Victoria Saint Mark, joined the Public Service during the time of Sir Eric Matthew Gairy as Prime Minister of Grenada. She was attached to the Ministry of Education and Sports and was a popular figure in netball.

In the early eighties after the Revolution, Herbert Augustas Blaize became Prime Minister. He embarked on reorganizing the Public Service by offering voluntary retirement which was called “The golden handshake). It was then that Dowe retired from the Service.

She will be remembered by many for her strong support for the Anglican Church as she served in key roles. As President, she headed the Mother’s Union group for quite a while. She slowly took a back seat as she faced challenges with her sight due to Diabetes.

Hermione St Bernard, President of the Windward Islands Mother’s Union said “She was a very strong woman who motivated me in many ways. She was a good friend and leader and taught me many things. In 1998 I was among those she trained and we were enrolled into the Union in 2000. She was very outspoken and knowledgeable and I found her to be very resourceful.”

The mother of two established her marital home in Morne Jaloux, Saint George where she lived until her passing. Her last days were spent at the General Hospital.