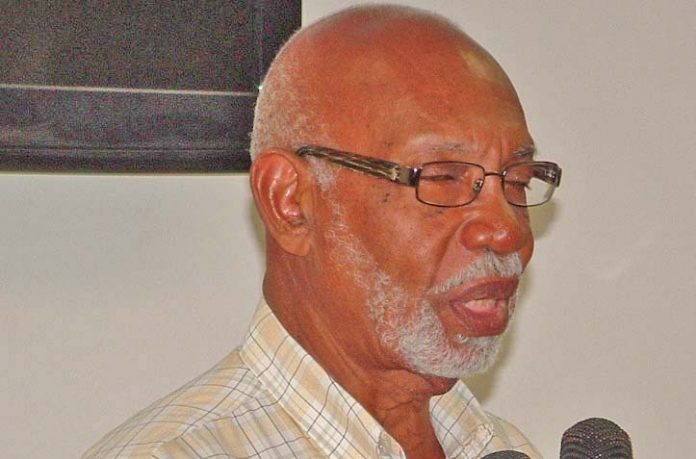 As the National Democratic Congress (NDC) is seeking to get a new leader and names come to the fore, long standing member Phinsley St Louis said there are two names he will not support.

St Louis, a Saint George’s businessman said he had always supported NDC and claims to be a founding member. “I spent a lot a lot of money to put the party together in fact NDC was a baby of mine which started in my home.”

In a conversation with The Grenadian Voice, St Louis said that after the demise of the Revolution, he ran and won the seat in the south on an NNP ticket with Herbert Augustus Blaize as leader. He said on both occasions he ran against Sir Eric Gairy who never lost in the past.

He is of the opinion that Mr Blaize became uncomfortable with his success as a politician which sparked discord and that motivated him to start a new party. “I was not given a Ministry but he made me Deputy Speaker. So I was not attending cabinet meetings, they were afraid of me because I won the Gairy seat and they thought I was too powerful, so as a result they would not even give me cabinet minutes,” he said, adding “My politics is different to a lot of people politics, because I am a people person and people love me. So, they did not believe that I could have won the election against Gairy; but I knew what to do to win.”

St Louis said he had always supported Franka Bernardine in the party since before her husband died. “Ms Bernardine would have done well for the party and that was because Nazim Burke is not a people person as politics require. So, at that time I had studied the community and I felt that it was good for her to accept the post as leader. Her husband was alive and he was a live wire.”

However, he said that she did not put the energy that was required for the role “and Nazim wanted it so he got into it and he played the game well. So, from then the party started to break down. Nazim got there, he is not a people person, he is not a person that could win election as a leader. He has contested and lost; his weakness lies in his personality. Nazim is a good man behind the scenes but he is not a front runner.”

Another name that is singled out as a recommendation for NDC leader is Claudette Joseph who is the Public Relations Officer of the party. St Louis said she does not fit the bill. “I will not support Claudette either, NDC is finished…If election should be called the road is clear for another win for NNP. There is no other party in Grenada right now. Politicians do not know how to work to win an election, they believe that when the day is called that is when you start to contest and you believe you will win. People who go into politics now don’t understand politics. Keith Mitchell knows how to play people,” he said.

His advice to younger politicians is that they need to understand their role. “When I won Gairy it was not my foot soldiers, it was me who did the work. I won election twice against Gairy in the south. Grenada is in a mess and I am constantly concerned now because there isn’t anything there to affect Keith Mitchell negatively because people are not political. They are not people persons; they want to live aloof and that will not work for Grenada.”