From ‘near miss’ to road repairs 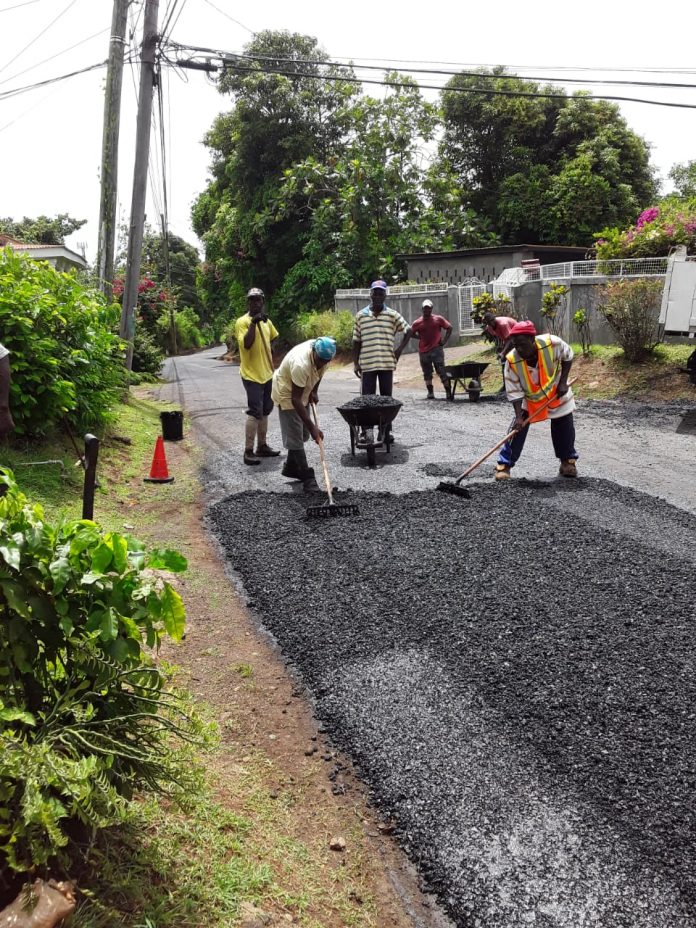 It was just a matter of weeks for repairs to start after The Grenadian Voice reported on the number of accidents on Salisbury Road.

Our June 26 edition featured an interview with Salisbury Road resident and shop owner Desmond Douglas, who saw a large gravel truck carrying a load of ‘binders’ turn over on the road just yards from his house on June 20. Within a couple of weeks, repair crews from the Ministry of Infrastructure Development, Public Utilities, Energy, Transport and Implementation were putting down asphalt.

“I feel much safer now coming from my home,” Douglas told this newspaper.

An officer from the Royal Grenada Police Force traffic department in Grenville confirmed there have been four accidents reported on Salisbury Road for 2020; two involving private vehicles and two involving “commercial public transport,” of which three were minor and one caused serious damage to the vehicle. He said the accident involving the overturned truck is considered minor and is under investigation. It took more than four hours to remove the dumped materials and the truck from the area.

“The people around here are glad the work is finally started after so many years of asking. We hope that it will be completed and speed bumps will be put down because Salisbury Road always has heavy traffic,” Douglas said, adding that proper drains are also required.

In addition to pedestrian and local area traffic, Salisbury Road is used by some truckers, bus operators and other drivers to avoid Grenville traffic. It is mainly a residential road, with some local grocery/rum shops and a few commercial outlets, including welding and woodworker businesses. The road intersects with Cemetery Road, Chappell Road, Wells Road and Hills Road; some residents said speed limits and yield signs would also help.