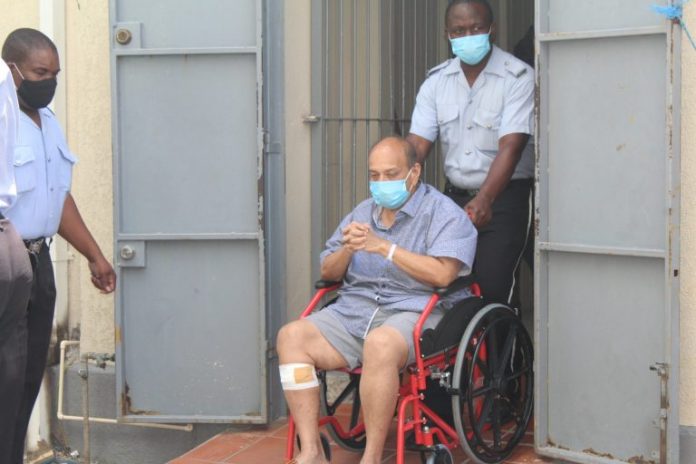 The latest saga with fugitive Economic Offenders (FEO) from India surrounds Mehul Choski who became a citizen of Antigua under the Citizen by Investment (CBI) programme since 2018.

However, it quickly became known that he was wanted in India to stand trial for his actions that made him a billionaire and the extradition battle began.

According to reports, India does not have an extradition treaty with Antigua, but is trying to bring back Choksi under the provisions of the 1993 Extradition Act of Antigua and Barbuda, which provides for extradition of a fugitive to a designated Commonwealth country.

The fugitive diamantaire Mehul Choksi along with his nephew Nirav Modi, were accused in the Rs 13,500 crore Punjab National Bank scam and after his nephew was jailed he sought refuge in the Caribbean.

In May this year Choksi had gone missing from Antigua after going out for dinner and was soon caught in Dominica. His attorneys claim that their client was kidnapped from Jolly Harbour in Antigua by policemen, who looked like Antiguan and Indian.

He was subsequently charged with illegal entry by the police in Dominica after he allegedly escaped from Antigua and Barbuda in a possible attempt to evade extradition to India.

Reports are that a private jet landed in Dominica with repatriation documents; but Choksi got interim relief from immediate repatriation to India by the Dominican court which adjourned the matter of his detention till June 25. The jet has since returned to India after a one-week stay.

As the case unfolds, it was revealed that the government and the Central Bureau of Investigation (CBI) have sought to join his case in Dominica High Court. While the CBI will focus on the Punjab National Bank (PNB) scam case, it was also revealed that the Ministry of External Affairs (MEA) will argue on Choksi’s citizenship status.

FEO is a legal term relating to any individual against whom a warrant for arrest in relation to a “scheduled offence” has been issued by any Indian court under the Fugitive Economic Offenders Act.

It was reported that on March 14, 2018, Minister of State for External Affairs M J Akbar stated the names of 31 absconding business people in the Lok Sabha, including diamond traders Nirav Modi, Mehul Choksi, Jatin Mehta and embattled liquor baron Vijay Mallya, who are facing investigation from the Central Bureau of Investigation (CBI).

The reports also stated that the Minister of State for External Affairs Gen (Retd) V K Singh submitted the FEO names to the Lok Sabha (Lower House of India’s Parliament) on July 25, 2018. Singh said: “efforts are being made for securing the presence of these accused in the country by way of issuance of LOC (Look out Circular), RCN (Red corner notice) and extradition requests.”

The CBI and the Enforcement Directorate are pursuing legal actions to bring back 28 Indians (including six women), who have been charged for financial irregularities and criminal offenses, and are believed to have been living abroad since 2015.

On February 05, 2020, the Minister of State for Finance SP Shukla informed the Lok Sabha that a total of 72 Indians charged with frauds or financial irregularities are currently abroad and efforts are being made to bring them back to the country.