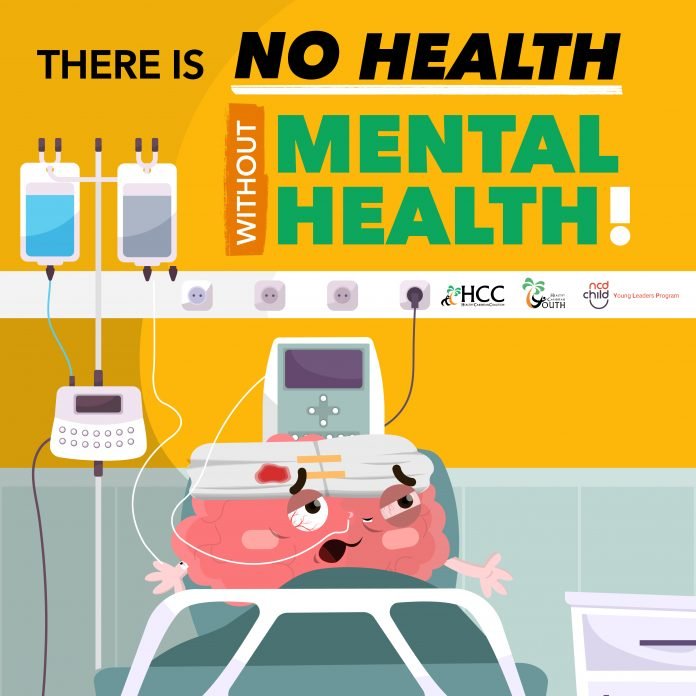 Amendments to Grenada’s Mental Health Act of 1958 are expected soon.

The Minister for Health, Wellness and Religious Affairs, Senator Hon Gayton, Jonathan LaCrette announced that the ministry is reviewing “our draft mental health act” to make changes that “will speak to principles that will drive the provision of mental health services.”

Last week, the call was made for reform by Friends of the Mentally Ill, who were guests on a local television programme. It was pointed out that the language in the Act which came down from the colonial period, alienates people with mental illness as it refers to them as lunatics and imbeciles. More so, the guests advocated that the law should ensure that the mentally ill are treated as regular human beings.

In addition to the review, Senator La Crette in his message on the occasion of World Mental Health Day on Monday (Oct 10) said, “we have seen the need for a Wellness Council that will be tasked with the policy mandate to promote a culture of physical, psychological, financial, and emotional well-being.”

He reported that globally, nearly one in ten people develop a mental health condition with Depression continuing to be a leading cause of disability. The Senator noted that an estimated three million people die from alcohol abuse every year, while a suicide occurs every forty seconds.

Consequently, with these statistics exacerbated by the global COVID-19 pandemic, civil society organizations and ministries of health across the world, join with the World Health Organization in championing the sustainable development goal # 3 (Good Health and Well-Being).

Senator La Crette stated that “though mental health may not be visible, it is an invisible disability that is critically important for everyone, everywhere, and goes beyond the mere absence of a mental health condition.”

He continued, “It is integral to well-being, enabling people to realize their full potential, show resilience amidst adversity, be productive across the various settings of daily life, form meaningful relationships

and contribute to the development of their communities.” Therefore, he urged citizens, to “be tolerant, kind, show compassion, embrace with love the mentally ill, so that we can continue to establish a more balanced environment for all to co-exist.”

Similar sentiments were expressed by the Minister for Social Development and Gender Affairs, Senator Gloria Thomas, who stated that “as a nation, we must stop the stigma and discrimination against persons suffering with mental illness. They are human beings too who need love, kindness, encouragement, and care so let’s reach out to them.” She added that many people suffer in silence because of how society treats them.

The Minister noted that “depression and anxiety, as common forms of mental illness, are on the rise and we each must do our part to [encourage] anyone [we know] who is struggling emotionally and psychologically to seek help.”

Minister Thomas described mental health as the way we think, feel, and behave, noting that it is highly critical for the effective functioning of society. Thus, she stressed that it is imperative for people to protect and maintain optimal mental health.

To do so, she shared the following suggestions:

• Connect with family and friends.

• Look after yourself: Eat healthy, stay hydrated, and get enough rest

• Engage in hobbies- for example, listening to music, gardening, and crocheting.

• Do fun activities with your family.

• Have a sense of humor

• Engage in positive thinking, “I CAN HANDLE THIS”

• Use prayer to engender hope

• Be kind to others, listen to someone

• Find a lesson in the crisis; look for the positives

Hon Thomas listed some common changes in one’s behavior that can indicate the onset of mental struggles. She encouraged family members to be increasingly observant for:

• Changes in sleeping and or eating patterns

• Loss of interest in activities that they once enjoyed

• Problems with memory and or concentrating

• Disruptions in their pattern of speech, nonsensical speaking

The Minister of Social Development admitted that there is still a lot more to be done for mental health in Grenada for increased mental health services.

The day was observed under the theme “Making Mental Health and Wellbeing for all a global priority.”