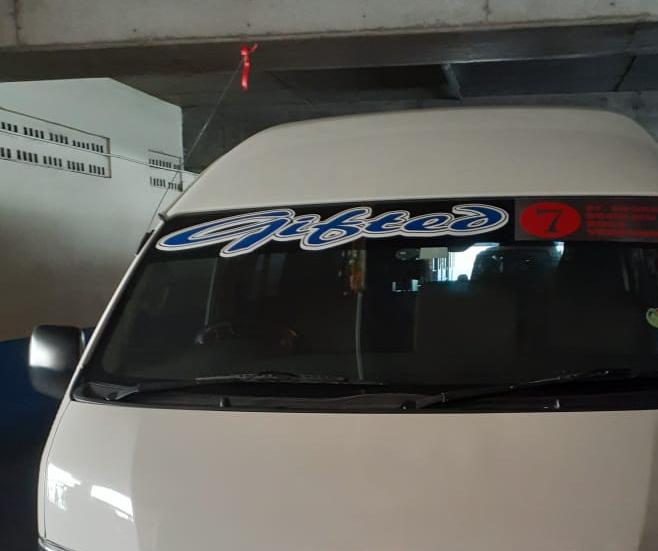 While bus/taxi operators will not have a representative on the newly formed Grenada Transport Commission, Government recommends the formation of a Stakeholder Committee to bring concerns to the Commission for consideration.

“We will have a formal engagement through a Memorandum of Understanding (MOU) to establish a Stakeholder Committee, which will comprise all the various stakeholders (taxi and bus operators, truckers, bikers). Through that committee recommendations will come to the board of the Commission,” explained Minister for Transport, Senator Norland Cox, during Tuesday’s post Cabinet briefing.

He shared that a meeting is pending with the Association, who requested clarity on the content of the proposed MOU.

Cox’s explanation followed the National Bus Association call to have a representative on the Commission while last Tuesday (Nov 10) saw the passage of the Road Traffic (Amendment) Bill 2020, which includes the formation of the Commission, in the Senate.

During a media conference on Sunday, President of the Association, Garth Woodroffe expressed, “What we want here is very clear, we need to have representatives, our voices need to be heard, we have too much at risk, it’s too much at stake for us to not have a place or a proper formalised way of airing the views of members.”

Nonetheless, Cox said the bus/taxi operators were not left out of any discussion, “for obvious reasons, we cannot, they are key stakeholders in this process and so they will always be engaged.” However, he said it will be unfair to focus only on them while there are many other stakeholders in the industry, citing close to 1,200 buses, 4,500 trucks, 40,000 plus private vehicles and 200 bikers.

At the Oct 30 House of Representatives sitting, Leader of Government Business, Hon Gregory Bowen, said the bus/taxi operators not having a place on the Commission is to avoid any conflict of interest. “No one should be there on the board to regulate themselves. The body now must take serious decisions, no one should be on that board, it’s a conflict of interest,” he said.

Not citing their representation as a conflict of interest, Woodroffe told this newspaper a couple weeks ago that in examining the draft (Amendment) Bill, it’s “Government, appointing government workers to make decisions, they then have to answer to government. So, it’s only Government in the pool, the body is not really independent.”

Meanwhile, among other issues raised by the Association is a query ‘if the recently passed Tax Administration Bill making selected traffic violations a criminal offence, is linked to the Traffic (Amendment) Bill targeting bus operators’.

However, Minister Cox said they are not related, pointing out that if operators arbitrarily increase fares that will be an offence.

Regarding the call for the suspension on the issuance of stickers for the over saturated Grand Anse Bus route, Cox said this has been suspended for some time as the activities of the Transport Board have ceased to get the Commission operational in early December. At such time, the issuing of stickers should recommence.

Cox expressed uncertainty as to whether Government could stop the issuance of stickers to certain routes, citing that persons acquire and start paying on loans for buses which are awaiting stickers to operate.  This calls for a wider discussion, he said.

The Association also called for the installation of more bus stops along the Grand Anse route to better service commuters, notably children, the elderly and pregnant women.

This week saw bus operators wearing red ribbons in mild protest, regarding the issue. However, calming the public’s fear of a sudden strike action, Woodroffe noted that the new executive is not hasty in its decision but is trying to resolve its matter diplomatically and strategically. “We will not seek to affect the general public who is already struggling just to get to your jobs every day,” he said.

The President added, “It is not the right time for us to even think of removing our services because we need to provide the jobs for our drivers and conductors. We are open to let common sense and love prevail….”

According to the Road Traffic (Amendment) Bill 2020, the Commission will comprise seven members appointed by the minister who has knowledge and experience in management of transport and traffic.

The Transport Commission replaces the Grenada Transport Board and will be a statutory Body under the Ministry of Transportation. The Commission shall advise the Minister of all matters relating to road transport and traffic, including transports rates, fares, dues, licence duties and other charges. It will also be the employment body for traffic wardens.

The Commission shall also ensure regulation of public transport infrastructure, including car park and terminal facilities, bus-stops, round about facilities and advise on measures for controlling public, private and commercial transportation and establishing conditions under which they may operate.