Grenada continues fight to end violence against women and girls 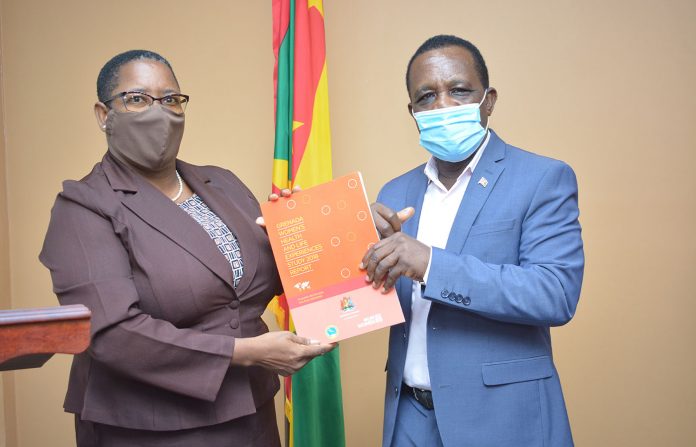 One in every four Grenadian women has suffered physical violence at some point in her their life.

This was revealed through the Caribbean Women Count: The Ending Violence Against Women and Girls Data Hub.

Grenada is one of five countries of the Caribbean Women Count: The Ending Violence Against Women and Girls Data Hub that provides data on the prevalence of gender-based violence in an easily accessible and interactive virtual space.

The information was collected via a surveys done in Grenada, Jamaica, Suriname, Guyana, and Trinidad and Tobago.

Tuesday saw the joint launch of the Data Hub and The Grenada Women’s Health and Life Experiences Study Report, by the Government of Grenada, UN Women and other stakeholders.

Other key findings of Grenada’s survey are as follows:

Speaking to the importance of the initiative, Minister of Social Development, Hon Delma Thomas said “this kind of information will assist us in planning effective responses. Grenada is fortunate to have the opportunity to use the resources to guide specific actions to address this problem through the Spotlight Initiative. We will use the result of this study to provide evidence on which to make decisions about our laws and policies. The results will inform specific improvements needed in services for clients, interventions for perpetrators and strategies for prevention.”

Prime Minister Dr the Right Hon Keith Mitchell in delivering the Feature Address said the data collected shows that Caribbean countries have a common challenge to address. “Lifetime prevalence in all the five countries surveyed is either around or higher than the global average of 30%. That means that 1 in 3 women will experience physical or sexual violence during her lifetime. Lifetime prevalence of all forms of violence measured which is physical, sexual, emotional, and economic combined, ranges between 39 and 55%.”

Dr Mitchell noted that the Hub “conveys some sobering information which confirms that all countries have a shared challenge that must be urgently addressed.”

This initiative goes hand in hand with the Spotlight initiative, which was launched in Grenada in March 2020. The Initiative is so named as it brings focused attention to eliminating all forms of violence against women and girls, moving it into the spotlight and placing it at the centre of efforts to achieve gender equality and women’s empowerment, in line with the 2030 Agenda for Sustainable Development.