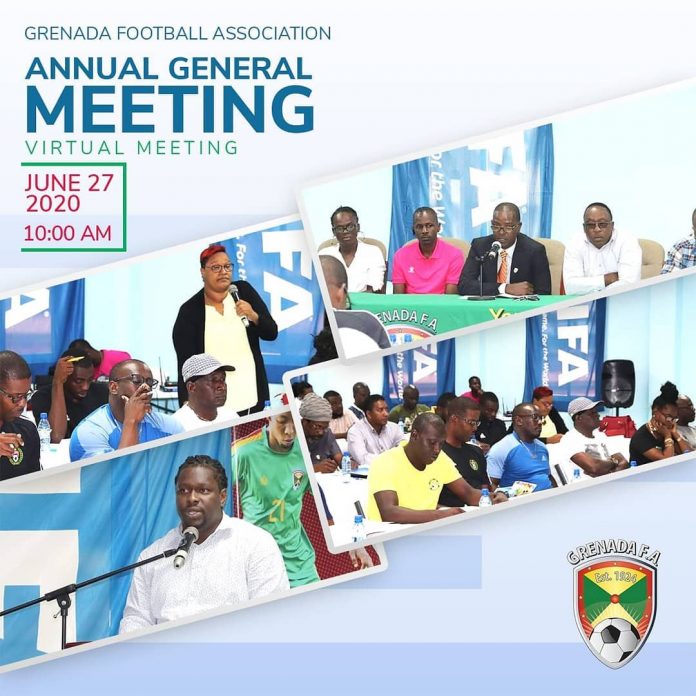 The Grenada Football Association (GFA) has concluded its historic virtual Annual General Council Meeting (AGM) for 2020 and feedback coming from some members and the Executive Committee, is that the meeting was a major success.

The AGM which commenced at 10am on Saturday June 27 via the online platform Zoom, began with GFA President, Cheney Joseph, calling on members of the general council to see the current global pandemic as an opportunity rather than a challenge.

In his address Joseph called on members to unite to guarantee further gains of the sport in the coming years, while seeking excellence both on and off the field of play.

“As we embark on today’s session, I urge each of us to look beyond the emotions of yesterday and see the Coronavirus [covid-19] pandemic as an opportunity to improve the Grenada Football Association, its membership and leadership and commit ourselves to success,” stated the former Grenada Senior Men’s Team captain.

The former Queen’s Park Rangers midfielder further commented, “The game is evolving and many things around us are changing but they are necessary for our survival. I’m pleased to see that we are preparing for this change by making many adjustments to our approach in the preparation of our teams on the field of play, which will lead to success.”

During Saturday’s meeting the General Council appointed a nine-member task force to review the state of football on the island.

The GFA has submitted protocols developed for the resumption of football on the island and awaits approval from the Ministry of Health.

Additionally, the General Council approved the audited financial statements and activities report as well as voted on returning Panel Kerr Foster as its external auditors.