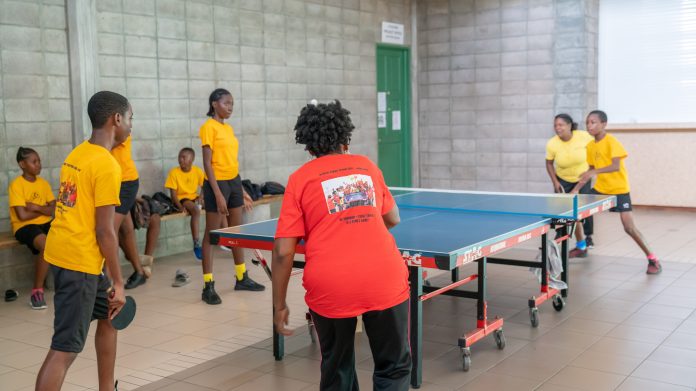 The Grenada Table Tennis Association (GTTA), as part of its observance of “World Table Tennis Day”, on Tuesday, April 06, has issued a challenge to coaches and supporters of the sport to be part of the Association’s drive to attract more players, and in particular, young boys and girls to participate in the sport.

The Association for the first time staged activities last Saturday and Tuesday to commemorate the event first organized in 2015, by The International Table Tennis Federation (ITTF).

In keeping with the theme for World Table Tennis Day, “For one, For all,” the GTTA staged a day of table tennis at the Public Workers Union Building (PWU) featuring officials, players and friends.

President of the GTTA, Dr Alister Antoine, addressing the gathering highlighted the long-term benefits that can be derived from playing the sport, which provides great recreation in a socially safe manner.

He also touched on the GTTA’s plans to have table tennis played in more schools – both primary and secondary, noting that the Association will work with Ministry of Sports coaches and physical education teachers to achieve that goal.

General Secretary of the Grenada Olympic Committee Veda Victor-Bruno commended the GTTA for its efforts and initiative to encourage more people, particularly the youth, to play the sport and declared the event open with a topspin serve against Table Tennis Coach at the Ministry of Sports, Rose Newland.