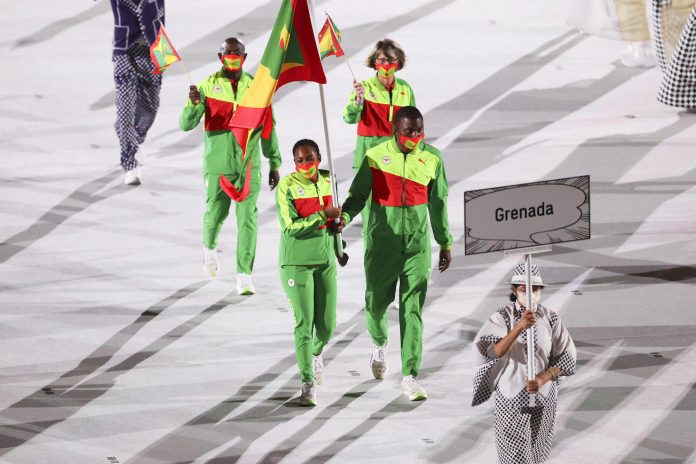 Grenada’s brightest medal prospects at the Summer Olympics in Tokyo, Japan will all be in action in the coming week. The quest for a third successive Olympic medal is being spearheaded by Kirani James, the man who created history for Grenada, winning the nation’s first medal, a gold in the 400 meters at the London Olympics in 2012.

James followed up his 2012 success, winning a silver medal in Rio, Brazil in 2016. His preparations and build-up to the Olympics are again under the stewardship of the American Olympic sprint medalist, Havey Glance who also coached him to both World Athletics and Olympics goal medal.

On the Facebook page of many Grenadians, 28-year-old Kirani James photo is liked and shared by hundreds who are wishing him success

The second Grenadian track athlete to compete will be debutant Melani Ridney who runs the 400 meters on August 3. The former St Joseph Convent and University of California student is the first Grenadian to win a medal at the Youth Olympics. She won a bronze in 2014.

The remaining athletes Lindon Victor, the Commonwealth Games Decathlon gold medalist, will begin his battle for an Olympic medal on August 04 – 05.  Also in action from the 4th is World Athletics Javelin champion Anderson Peters.

The Grenadian swimmers, Kembley Ince and Delan Felix have completed their participation in the Olympics. Both were eliminated in the first round of their respective event – Incle in the 100 meters women’s backstroke in which she placed 3rd in her heat and Felix also finished third in the men’s 100 freestyle

The two swimmers carried the Grenada Flag during last Friday’s colourful opening ceremony at the Tokyo Olympic Stadium. Dressed in their green tracksuits blended with yellow and red the Spice Isle team was among the thousands of athletes from around the world parade.