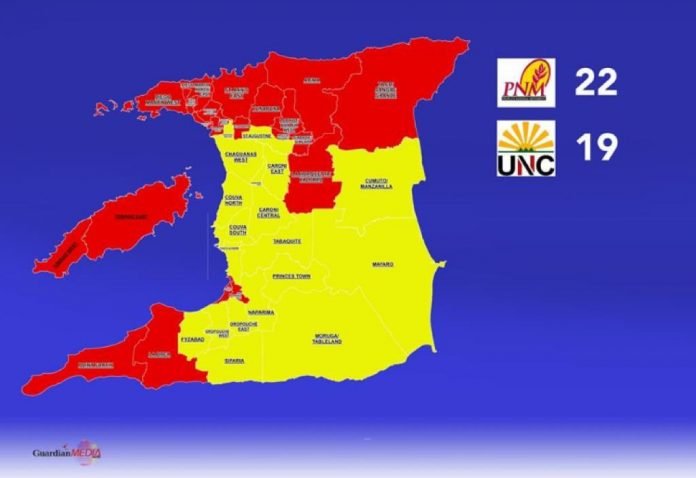 The People’s National Movement, which Dr Rowley leads, was given another mandate to govern the twin island republic, retaining 22 of the seats contested.

Commenting on the PNM’s victory Dr Mitchell said “the results show that the people of Trinidad and Tobago are confident in Dr Rowley’s leadership abilities, and are looking to him for continued direction to steer the country further along the path of development.”
Dr Mitchell added “With the support of his Cabinet and people, I am confident Dr Rowley will succeed in pushing forward the country’s agenda, so that everyone can benefit.”

The party, which won 23 seats in the last general election in 2015, lost the Moruga/Tableland seat which it had won by the slimmest margin—533 votes— in 2015.

In Monday’s general elections the remaining 19 seats were taken by the opposition party, United National Congress (UNC).
However, Kamla Persad-Bissessar, UNC leader and former Prime Minister, refused to immediately accept defeat and asked for recounts which were done.

Facebook
WhatsApp
Previous articleComing events cast their ugly shadows
Next articleHon Cox on CDC advisory: We are not disturbed