The adage “big things come in small packages” is just one way to describe this committed, intelligent, humble, open-minded, patient, kind, warm, very caring, easy-going, fun-loving, sociable, aunty-to-all and mother-to-some 31-year-old stalwart from the parish of St. Mark in Grenada.  In recent times, her name has been part of many mentions of recognition and appreciation over her role in assisting two children in their educational journey towards passing CPEA.  This extraordinary female made our Big-Up-A-Sister List in July.

My first noted encounter with her that I can recall was after a hike to Mt St Catherine in 2013.  There was an instant connection for two reasons: she had known about our Princess Nahla and we had both swore to never climb that killer mountain again!  Since then Nahla had become her child and we became family.  Quite a lot has happened since then that has brought us closer but this is not about Nahla, our families, or me; it is about this rare orchid -Deserie John-Belfon!

From 2009, she taught at the Victoria School for Special Education where she further developed a passion for helping people with disabilities.  Her special interest in learning sign language was sparked that year with assistance from a fellow teacher – Nekeisha Sylvester.  Deserie would spend hours learning signs to be able to communicate with the Deaf.  In 2013, we attended the School for the Deaf’s month-long sign language classes when she was already at the Advanced level, and Nahla was her pilot project for practicing tutoring, which I appreciated immensely since Nahla’s favourite aunt and then babysitter – Nsenga Sam – is deaf!

A few days ago, Facebook reminded me about Deserie’s excitement over a major highlight of her day, 8 years ago.  Back then, she had tracked a young lady who is deaf to the mall’s bathroom just to be able to communicate with her.  Deserie had basked in the expressed happiness by the young lady who was in awe about a stranger intentionally making her acquaintance and because the stranger ‘spoke’ the same language!

Fast-track to 2019…Deserie joined the Starkey Hearing Foundation and the School for the Deaf as an Itinerant Teacher for the Deaf and Hearing Impaired.  As an Itinerant Teacher, Deserie is assigned to travel to different schools within the western districts of Grenada to be of service to children with hearing loss who are integrated within the regular school system.  Her job involves simplifying whatever is being done with the students in the class, even if it means dramatising or giving visual cues for the students who are deaf to understand.

A typical week in the past year comprised of her visiting 1 student at the St. Peter’s R.C. School in Gouyave and 2 at the Samaritan Presbyterian School for two days each. Two of them, Lester Jr Ferguson of Union and Divine O’Neil of Non-Pariel are the fourth and fifth students who are deaf to have passed the external exams to attend secondary school. (Fun Fact: Tor Bain of Gouyave was the first).

Grade 6 class-teacher of the Samaritan Presbyterian School – Neil Ferguson and Itinerant Teacher Deserie have modestly declined taking most credit for the children’s success, passing it off on each other.  To Mr. Ferguson, he simply “suggested strategies” that Deserie implemented “admirably” to assist the children and went over and beyond to impact the other students as well.  To Deserie, the class teacher was highly understanding, accommodating, and willing to do whatever it took to ensure the inclusion of the two students who are deaf in everything done.  To her, he was one of “their biggest advocates” to the point where he allowed her half-hour on mornings and coordinated Saturday classes for her to teach sign language to the other students so that they can better communicate with those who are deaf.  They both agree that it was a team effort.

Thanks in a huge way to Deserie John-Belfon, Lester Jr. and Divine have passed the external exams to attend secondary school with averages of “well over 70%”, according to their class teacher.  Thanks to her, the graduation ceremony of the Samaritan Presbyterian School was one with a difference in which members of the graduating class signed the chorus of their theme song along with two classmates who are deaf.

Deserie was interviewed about the recent successes of the students and had this to say: “Having my students pass the CPEA and their classmates signing the chorus of the theme song at their graduation ceremony are, without a doubt, my greatest accomplishments in the field, thus far.  Based on our recent accomplishments, I foresee a change in terms of acceptance and people’s interactions with persons who are deaf.  We now have more people coming forward to learn sign language and that’s a step in the right direction.”

Teaching is her calling and working with people with disabilities, her passion. Currently, she is pursuing a Bachelor’s Degree in Early Childhood Education and plans to gain training in Audiology.  She can be seen in several episodes of Spice Signs – an audio-visual programme shown on GIS, and on social media platforms including YouTube. Her life motto stems from an anonymous author who said, “Look for something positive in each day even if some days you have to look a little harder.”

The cheerfulness to which we have grown accustomed is becoming a scarce commodity as the hardships we must...
Read more
Editorial

Are people in the Caribbean becoming architects of their own destruction?

As the discussion on vaccination continues, for this week’s editorial, we share the greater part of an interesting...
Read more
Editorial

Some unfortunate news broke just at the time when Grenada was preparing to celebrate what we hoped to...
Read more 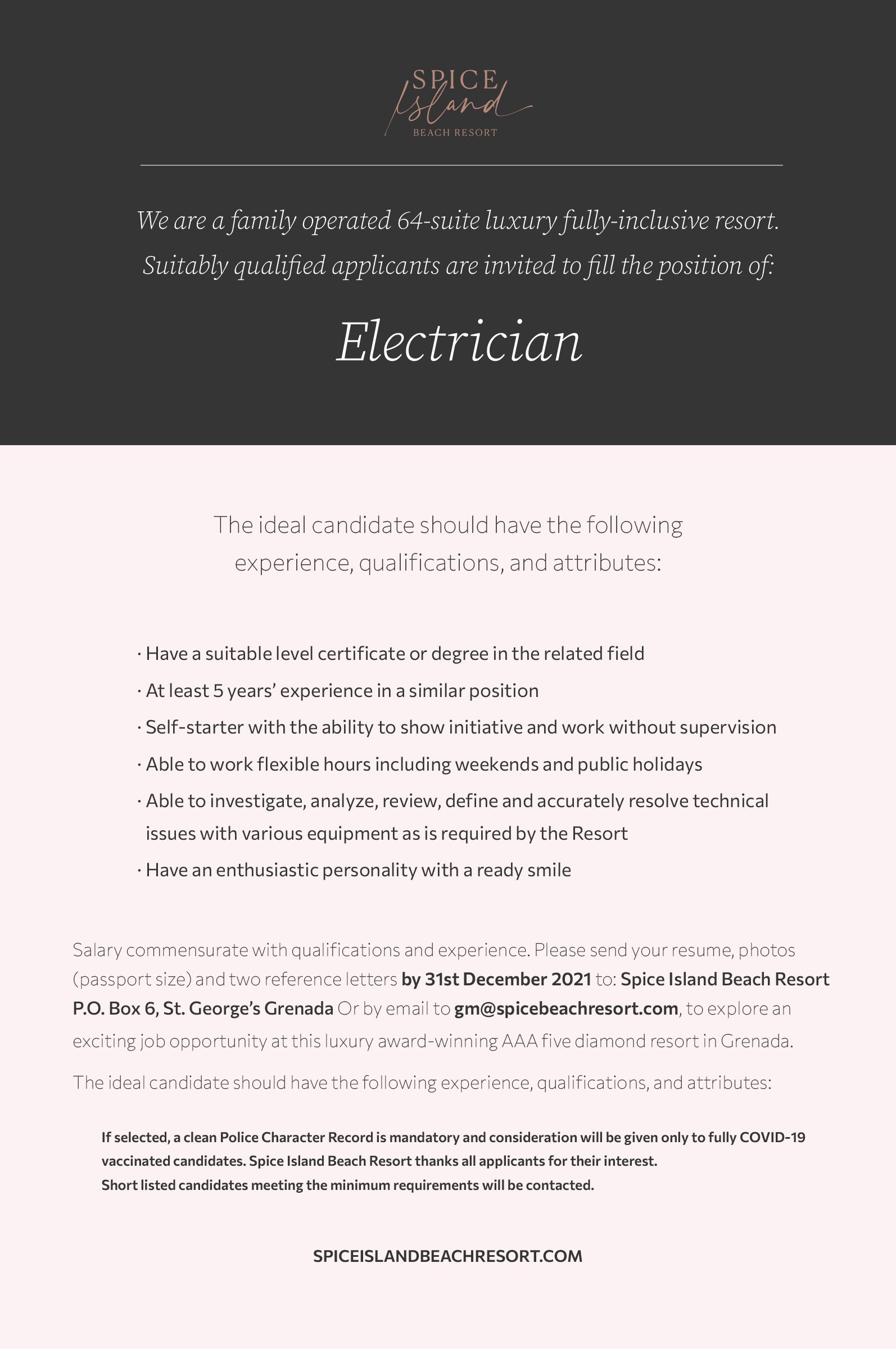 Notice from The Grenadian Voice