Her Honour Ms Tamara Gill is the Master 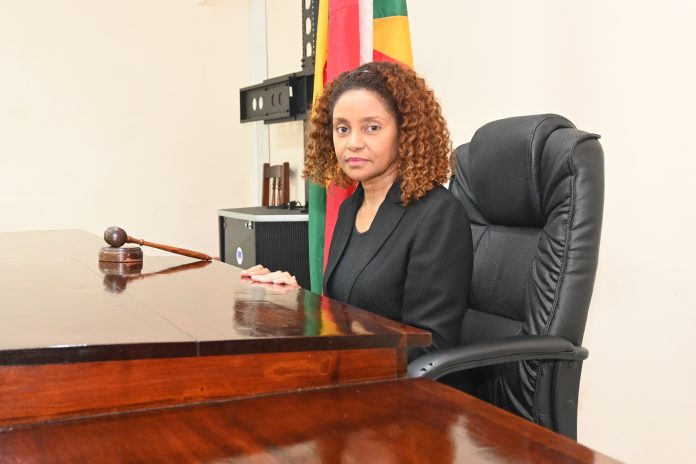 Grenada has produced its first Master of the Eastern Caribbean Supreme Court.

Her Honour Ms Tamara Gill is now permanently appointed as Master of the Eastern Caribbean Supreme Court with effect September 16, 2020; a step up from her previous appointments.

The Judicial and Legal Services Commission of the Eastern Caribbean Supreme Court made the announcement on August 27, stating the she will reside in Saint Vincent and the Grenadines.

She had first served as Master of the Eastern Caribbean Supreme Court (acting) from September to December 2019 and was assigned to Saint Lucia, Dominica and Saint Kitts & Nevis. Her second stint was January to April 2020; and her third acting stint was from May to July 2020 where she served in Saint Vincent and the Grenadines, the Commonwealth of Dominica, and Saint Kitts and Nevis.

The past student of St Joseph Convent, went on to Barbados University of the West Indies (Faculty of Law Cave Hill Campus Barbados) and the Hugh Wooding Law School in Trinidad as she followed her vocation.

Gill served as Grenada’s Chief Magistrate for a decade and was Senior Crown Counsel in the Attorney General’s chambers.

Past President Lisa Taylor did not stand for re-election at the annual general meeting on August 26, 2020.