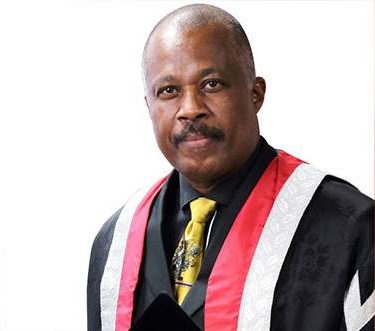 The University of the West Indies (UWI) vice chancellor says the protests in the US following the killing of George Floyd at the knee of a police officer are not far from the region and are innately part of the Caribbean struggle.
In a recent media release, Prof Sir Hilary Beckles, who is also president of Universities Caribbean, said the fight for equality is a global fight.
He focused on the plight of the African people who were sold into slavery in the Caribbean and had to endure difficult conditions.
The chairman of the CARICOM Reparations Commission wrote, “This Minneapolis fight was Marcus Garvey’s fight; it was Martin Luther King Jr’s fight; it was Malcolm X’s fight; it was Bob Marley’s fight. It’s a Caribbean fight and it’s a global fight.”
There has been global outrage over the killing of George Floyd, who died of asphyxiation in the hands of Minneapolis police officers for allegedly presenting a counterfeit banknote; an act that was captured on video went viral on social media.
Beckles drew a connection between the Caribbean and the struggle of African-Americans for equality, highlighting how some sons of the Caribbean influenced and contributed to that struggle.
He said: “The UWI, too, has heard the call of George. We wish to invoke the memory of Marcus and Martin to bring to the islands young African Americans, here to breathe before returning to the mainland fight for dignity. We owe it to Martin, to Marcus, to Malcolm, and to Marley; and to all the ruptured minds of Minneapolis. This is our cause. Every university that stands for freedom, justice, and the celebration of human dignity must stand up like a gorilla for justice for George.”
King he wrote, visited Jamaica to retrace the steps of Garvey his mentor and returned to the US more battle ready for the struggle to achieve the God-given right to the dignity of black life.
“Borders cannot contain consciousness nor isolate the intellect” he said, adding, had Garvey been alive today, he would have flown to the side of Floyd and “embraced his forlorn family while preparing to prosecute those who demeaned his dignity and denied his ‘livity.’”
He called on the Caribbean to join in the protests sweeping the US, saying: “Every person on the planet who carries a spirit of love for humanity has become a protesting priest. We need our prophets now more than ever. The ‘old pirate has robbed I’ once again. And yet we shall rise!”