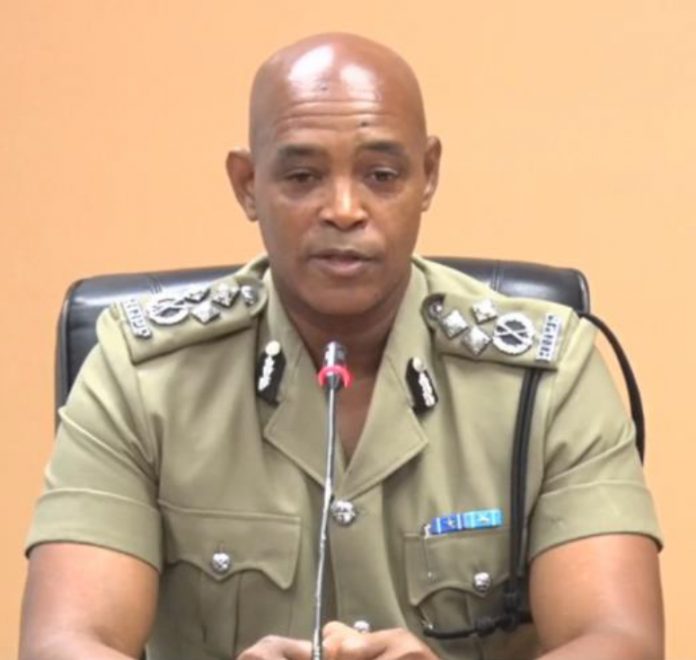 A high-ranking member of the Royal Grenada Police Force (RGPF) has dismissed the claim that a hollow-point bullet, which is used by military forces, was used by the police officer who shot Gouyave, Saint John resident, Jamal Charles, on Sunday.

“That claim as I know is completely false…From my knowledge, and from the evidence that has been presented, the ammunition used was a conventional warhead and as is established within our protocols, which is used routinely for RGPF operations,” stated Deputy Commissioner of Police, Franklyn Redhead during Wednesday’s media briefing.

In a July 08, 2020 statement from Jerry Edwin, lawyer representing Jamal Charles and family, said he is

“highly disturbed and quite alarmed…to learn that the bullet which was fired by a policeman this past Sunday into the upper leg of young Jamal Charles was a hollow-point bullet that is ordinarily used by military forces not by Police Officers.”

He therefore called “for the investigation currently underway by the RGPF to review the use of military grade weapons and to immediately cease the use of such deadly weaponry by our police forces.”

During a media briefing on Thursday, Edwin said he is disappointed in the strong denial by the Deputy COP, noting that he expected him to assure that an investigation will be launched to ascertain the claims.

The Attorney suggested that there should then be an enquiry as to whether Police Officers are acquiring bullets that are not issued by the RGPF.

Noting that he is not disputing the claim that the RGPF is not issuing that type of ammunition to its officers, Edwin said, “but at the same time, it is undeniable, uncontradicted that Officer Garcia loaded a hollow-point bullet into his 9mm gun and that bullet ended up in the thigh of Jamal Charles. It exploded into five fragments, which are currently in his leg.”

Edwin shared that the bullet did not exit Jamal’s leg.

Attorney Edwin in the statement explained that “Hollow-point bullets expand when they contact the flesh of their targets. They are banned in warfare as inhumane by The Hague Declaration and the Geneva Conventions because they cause great damage to their target’s internal organs and tissue. This kind of bullet has no place in the arsenal of the Royal Grenada Police Force.”

Thus, he urged the “Commissioner Martin to suspend the use of hollow-point bullets immediately in keeping with international human rights conventions.”

Nonetheless, Franklyn regarded the claim as “complete falsehood” saying “I believe it is purely to direct or misinform the public in a particular direction.”

On Sunday (July 05), Jamal Charles was shot by one of the officers who showed up at his home, allegedly in search of his older brother but was denied entry into the home by his mother and brother as they did not present a search warrant.

Edwin during a media briefing on Monday at the Gouyave Police Station after the family members and witnesses gave statements to the Police on the incident, said the shell and handcuff were recovered by the family and he promised to exhibit them at the court proceedings.