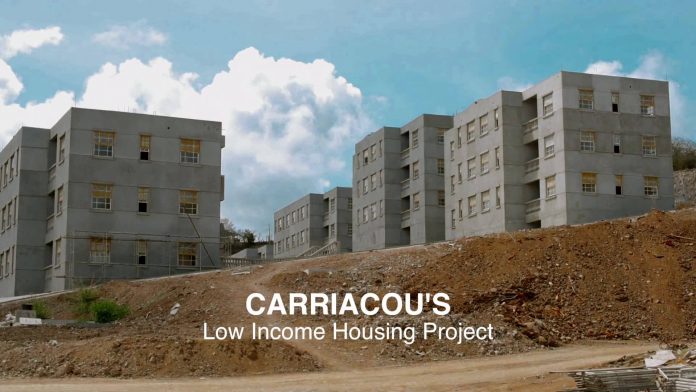 Applications will soon be available for units in five housing schemes under construction by the People’s Republic of China (PRC).

Speaking in Parliament on Wednesday, Minister of Social Development, Housing and Community Empowerment Hon Delma Thomas reported that the housing schemes in Dumfries, Carriacou, The Villa, Saint Patrick and Diamond, Saint Mark will be handed over in November, while the schemes in Corinth, Saint David and Beausejour, Saint George will be completed in January and February 2021 respectively.

The applications will be available at the Ministry, the Housing Authority of Grenada and constituency offices, according to Minister Thomas.

The criteria for eligibility will soon be made public, she said, noting that in addition for “the vulnerable” in society, a percentage of the units will be allocated to public officers.

“Those criteria is never who you vote for,” she told the House of Representatives.

In his 2020 Budget address Prime Minister and Minister of Finance Dr the Hon Keith Mitchell said housing projects in the parishes of Saint Mark, Saint David, Saint Patrick, and Saint George and on the sister island of Carriacou would add 647 units to the country’s housing stock.

“A total of $161,640,644 has been invested into the units and accompanying infrastructure and amenities such as roads and electricity,” he said.