HomeReligiousHow Christians in the US vote
Religious

How Christians in the US vote 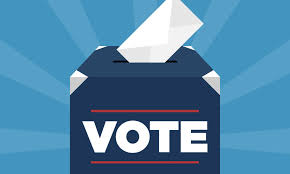 “Christians potentially have a positive role to play as citizens. We can catalyze constructive action towards the common good through reimagining the world as already…and demonstrating in creative ways the society we want to live in” (Rev Dr Aidsand F Wright-Riggins III, “Beyond the Divisions: Faith and Politics 20/20”, Central Seminary).

Christian voters in the United States present an interesting case for Grenadians and Caribbean Christians to reflect on. Pew Research (2016) indicated that Republican voters chose Trump by a margin of 92% to 4%, while Democrats supported Clinton by 94% to 5%. The theological, ideological and socio-historical rationales behind White Christians voting Republican, and Black Christians voting Democrat is the heart of this article.

Theologically, both groups see sin differently. Conservative white evangelicals see sin as a personal issue; wrongs committed to one person by another person. On the other hand, Black progressive Christians see sin as a systemic problem; that needs national systematic addressing.

Ideologically, one is pro-life and battles abortion and non-heterosexual human sexuality. But it neglects the lived realities of the poor, marginalized and oppressed. The other supports social programs, non-heterosexual sexuality nd do all it can to help people. But it kills people before they are even born.

Socio-historically, paraphrasing Phil Vischer, when White Christians look in the rearview mirror, they see a simpler time, when everyone went to church; prayed in school; abortion was illegal and gender roles were clear. However, when Black Christians look in the review mirror, they see firehouses, church bombings, lynchings and white Christians applauding and supporting racial acts of injustice and the leaders who do them.

Ultimately, voting will come down to a question of conscience and choice, as both groups have been tried and found wanting (Dan 5:27). As such, both groups do not measure up in any significant way to Jesus’ ethical standards, principles and practices. Still, as Michael Chancellor (2020) said, “Nearly every action this [Trump] administration has spoken about or acted on toward Blacks, Hispanics, women and immigrants offend the heart of God” (para, 10). How do Christians reconcile this? Sources: (a) Abramowitz, A. (2019). The great alignment: Race, party transformation, and the rise of Donald Trump. (b) White, I. K., & Laird, C. N. (2020). Steadfast Democrats: How social forces shape Black political behaviour. (c) United States., & United States. (2008). Black Americans in Congress, 1870-2007. Washington: U.S. G.P.O. The Compromised of 1877 (Editors of History.com).

Facebook
WhatsApp
Previous articleA citizen’s response: re press conference on repurchase of WRB’s shares in GRENLEC- hosted by Ministers Bowen and Joseph
Next articleDebating or campaigning, transparency or vagueness